BRING ME THE HORIZON REVEAL NEW SINGLE AND VIDEO ‘TEARDROPS’ 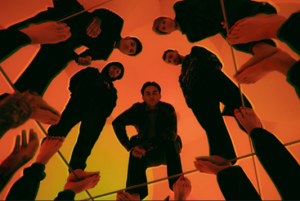 Today, Bring Me The Horizon reveal new single Teardrops – via RCA, taken from their upcoming EP POST HUMAN: SURVIVAL HORROR which is out next week.

Oli Sykes says on the new offering, “It is my favourite song off the record. I’m so excited to get this single out, it feels like a classic Bring Me The Horizon tune but without it feeling like anything we’ve done before. I feel like Teardrops is some of the best work we’ve ever done, musically and lyrically as whole.”

The Teardrops video is another creative endeavor by Oliver Sykes who directed, edited and starred in the enthralling visual. Sykes draws on his personal relationship with depression channeling it into the visual representation of him drowning, which saw him spend a full day in an underwater tank when filming.

The multi-award nominated band announced last week their forthcoming EP and a string of arena shows in 2021 which will be the only dates they play in the UK next year! The tour kicks off on September 21st 2021 at Glasgow SSE Hydro and culminates at London’s o2 Arena on September 26th.

The first two tracks from the EP ‘Parasite Eve’ and the recent colossus ‘Obey’ featuring fellow Brit YUNGBLUD, have received critical acclaim and amassed over 115 Million audio and video streams combined to date. Other guests on the EP include BABYMETAL, Nova Twins and Amy Lee from Evanescence.

They continue to push their own creative boundaries and have created a body of work that is one of their most exciting, diverse, intricate pieces of music yet. 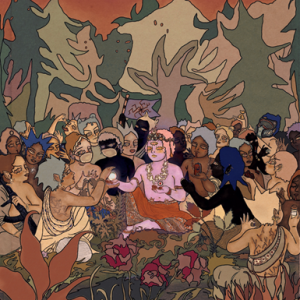 BRIT and Grammy-nominated, multi-platinum-selling quintet Bring Me The Horizon are one of the most electrifying and successful rock bands to emerge from the UK. The group released their sixth studio album, amo, in 2019, which debuted at Number 1 in 17 markets and was named “one of the most anticipated albums of 2019” by Billboard, with NME describing it as “bold, brilliant and boundary-pushing.” amo garnered the band their second Grammy nomination for ‘Best Rock Album’ after the LP’s first single, “MANTRA,” earned them a nod for ‘Best Rock Song’ in 2018. The Sheffield 5-piece also received their first BRIT Award nomination for ‘Best Group’ this year. Bring Me The Horizon has sold over 4 million albums globally to date, played sold-out shows in over 40 countries, including two sold out nights at London’s O2, one night at The Forum in Los Angeles, and wowed a traditionally non-rock crowd at Glastonbury Festival in 2016 and 2018, and stole the show at high profile festivals across Europe all summer 2019. amo followed 2016’s critically acclaimed, Platinum-certified That’s The Spirit, which entered the UK charts and the US Billboard album chart at Number Two. They have now also amassed over 1 billion video views on YoTube.  Bring Me The Horizon are vocalist Oli Sykes, guitarist Lee Malia, bassist Matt Kean, drummer Mat Nicholls, and keyboardist Jordan Fish.