Bring Me The Horizon Launches ‘Ludens’ from the Death Stranding Soundtrack 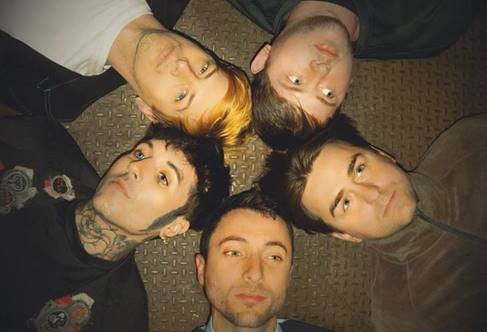 from the Death Stranding Soundtrack

Bring Me The Horizon continue their assault on 2019 with the release of a new track entitled ‘Ludens’ from the highly anticipated Death Stranding Soundtrack (Original Music from the World of DEATH STRANDING: TIMEFALL). Frontman Oli Sykes’ fresh from directing Forest Whitaker in the video for band’s last single, ‘in the dark’, also took the reins for the epic ‘Ludens’ video.

These recent releases (Ludens & In The Dark) showcase Bring Me The Horizon at their best and help to confirm their status as one of the most important British rock bands in the world.

The soundtrack features original music inspired by the upcoming PlayStation 4 (PS4™) video game. Last month it was announced that RCA Records had partnered with Sony Interactive Entertainment (“SIE”) to release the soundtrack which is out today.

Oli says of the track, “Death Stranding is a game I’ve been waiting for long before collaborating with them was on the table. Kojima-san is one of the few people I would call a hero to me, so making a track for his first game since Konami was equal parts daunting, stressful & exciting… the whole thing felt surreal, and not right… to be honest I didn’t see where a Bring Me The Horizon song was going to fit into an art house AAA game but I was stupid to try and pigeonhole Kojima’s style!”

From legendary game creator Hideo Kojima comes an all-new, genre-defying experience for PlayStation®4 system. Sam Bridges must brave a world transformed by the Death Stranding. Carrying the remnants of our future in his hands, he embarks on a mission to reunite the shattered world. With spectral creatures plaguing the landscape, and humanity on the verge of a mass extinction, it’s up to Sam to journey across the ravaged continent and save mankind from impending annihilation. What is the mystery of the Death Stranding? What will Sam discover on the road ahead? An unprecedented gameplay experience holds these answers and more.Starring Norman Reedus, Mads Mikkelsen, Léa Seydoux and Lindsay Wagner.