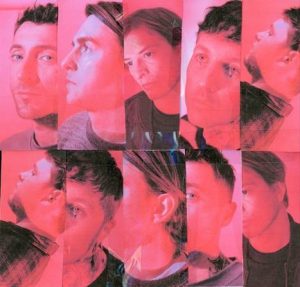 Bring Me The Horizon release their eagerly anticipated EP ‘POST HUMAN: SURVIVAL HORROR’ via RCA today. The multi-award nominated band also recently announced their only live shows in the UK taking place in 2021 an arena tour, which culminates on September 26th at London’s o2 Arena.

With 4 offerings from the new project, Ludens, Obey featuring YUNGBLUD, Parasite Eve and Teardrops already racking up nearly 200 million streams across platforms, this new project sees the group pushing their creative confines and creating a body of work which could be seen as one of their most anticipated, intricate, varied pieces of music thus far…

BRIT and Grammy-nominated, multi-platinum-selling quintet Bring Me The Horizon is one of the most electrifying and successful rock bands to emerge from the UK. The group released their sixth studio album, amo, in 2019, which debuted at Number 1 in 17 markets and was named “one of the most anticipated albums of 2019” by Billboard, with NME describing it as “bold, brilliant and boundary-pushing.” amo garnered the band their second Grammy nomination for ‘Best Rock Album’ after the LP’s first single, “MANTRA,” earned them a nod for ‘Best Rock Song’ in 2018. The Sheffield 5-piece also received their first BRIT Award nomination for ‘Best Group’ this year. Bring Me The Horizon has sold over 4 million albums globally to date, played sold-out shows in over 40 countries, including two sold out nights at London’s O2, one night at The Forum in Los Angeles, and wowed a traditionally non-rock crowd at Glastonbury Festival in 2016 and 2018, and stole the show at high profile festivals across Europe all summer 2019. amo followed 2016’s critically acclaimed, Platinum-certified That’s The Spirit, which entered the UK charts and the US Billboard album chart at Number Two. They have now also amassed over 1 billion video views on YoTube.  Bring Me The Horizon are vocalist Oli Sykes, guitarist Lee Malia, bassist Matt Kean, drummer Mat Nicholls, and keyboardist Jordan Fish.