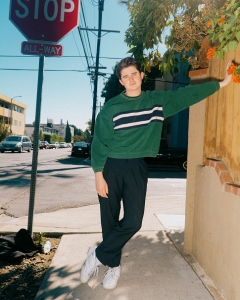 Today, 23-year-old singer/songwriter Nicky Youre has released his new song “Eyes On You.” The infectious track finds Nicky describing what it feels like to be completely infatuated with someone at first glance. Listen HERE.

“Eyes On You” arrives alongside a camp-style official video that follows an apprehensive Nicky as he cat-sits for a neighbor and, in the end, wins the hearts of the kitten and its owner. Directed by Vision Kid, the visual made its broadcast premiere on MTV Live, MTVU, MTV Biggest Pop and on the Paramount Times Square billboards. Watch HERE.

In speaking about “Eyes On You,” Nicky says: “I wrote this song after a special person in my life moved to California. We were finally in the same state, and it felt so good to be close to them. The weekend before I wrote it, I had gone to a country concert and was inspired by how fun and energetic country songs can be, as well as how full they feel live. I wanted to try to capture those feelings with this song. The combination of those two events was enough for me to write a fun love song you can sing in your car or scream along with all of your friends at a concert.”

“Eyes On You” follows Nicky’s summer smash hit “Sunroof.” Tallying over 650M streams to date, the track spent 11 consecutive weeks in the Top 10 on Billboard’s Hot 100 (peaked at #4). The success of “Sunroof” also earned Nicky his first nomination at the 2022 MTV VMA’s for ‘Song of the Summer’ and saw the star make his television debut on The TODAY Show. With multiple weeks spent atop Pop and Hot AC radio, Nicky Youre will join the Jingle Ball circuit starting November 29 in Fort Worth, TX with performances in New York, Los Angeles, Philadelphia and more.

Stay tuned for more from Nicky Youre coming soon!

LISTEN TO “EYES ON YOU” HERE 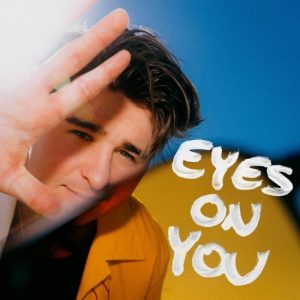 Harnessing the infectious energy of sticky melodies and relatable lyrics, rising star Nicky Youre, is putting smiles on fans’ faces one song at a time. The Indie pop, southern California native, is creating a body of work that is sure to be a staple on people’s playlists, as its inherent feel-good vibes uplift fans and stick with them throughout their day.

Taking inspiration from Dominic Fike, Tai Verdes, Jeremy Zucker, Alexander 23, blackbear and more, Youre’s tracks start with the most powerful aspect of his music, the undoubtedly catchy melodies. “My best songs come from humming melodies that pop into my head out of the blue, often without a beat. I try to fill the melody with words and visualize the energy or the type of beat that would go well with it. From there I work with a producer to help bring the vision to life and the rest just comes together naturally.”

Signed to Columbia Records in partnership with Thirty Knots Records, the young up-and-coming star has made quite the splash and is looking to leave his mark as he gears up to release “Eyes On You” on November 18.