Good As Gold 13 city 2018 Tour on Sale Today at WalkerHayes.com 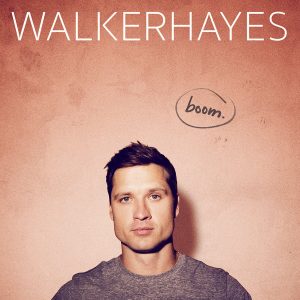 Nashville, Tenn. – PEOPLE Magazine calls his music “irresistibly quirky” and Rolling Stone adds it’s “damn near impossible to classify,” and Monument Records’ Walker Hayes likes it that way. His debut album, boom., comes out today and is the fulfillment of a journey he began over 12 years ago when first moving to Music City. The Mobile, Alabama native continues to defy industry expectations with his profoundly vulnerable storytelling seen on an album he co-produced with GRAMMY® award winning producer Shane McAnally. Hayes will celebrate the album’s release with performances of its U.S. Top 15-and-climbing single, “You Broke Up With Me,” on Monday, December 11for NBC’s TODAY and Tuesday, December 12 for CBS’ The Talk.

“I am going to wake up Friday morning like ‘boom!’ Christmas is here already,” shares the man Hits Magazine calls “a postmodern country sensation.” “To finally have an album out that is truly me… this feeling is indescribable. I’m just so thankful to all the believers along the way for supporting something that’s a little funky and definitely different.”

In a string of intimate successes that have led to boom.’s debut single’s success, the cunning hit “You Broke Up With Me” earned Hayes’ his first U.S. RIAA Gold-certified track, 1 of 10 awarded to country artists this year, and catapulted his touring career with a 13-city 2018 Good As Gold tour, on sale today.

Hayes preceded the release of boom. with five instant grat tracks: the nostalgia-inducing “Beautiful,” confessional love song “Halloween” (feat. Nicolle Galyon), the thoughtful ode-to-Chesney “Shut Up Kenny,” the unexpected “Beer In The Fridge,” and fan-favorite “You Broke Up With Me.” 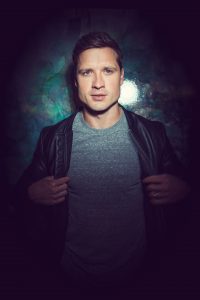