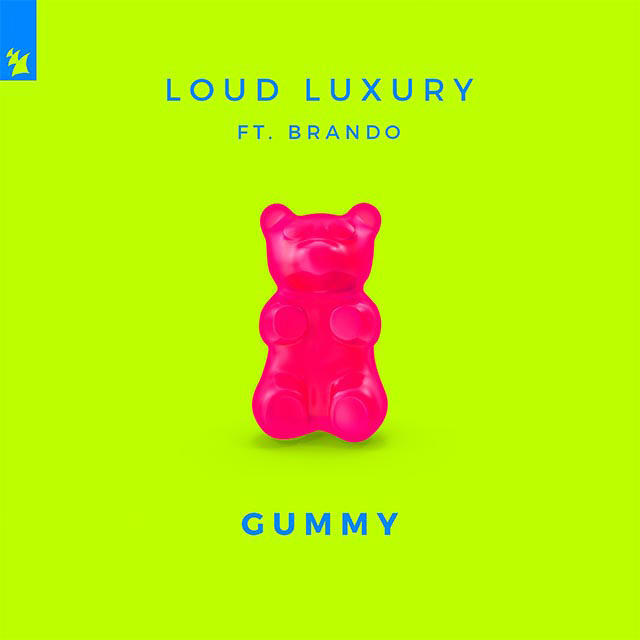 ­­­AMSTERDAM, March 16, 2020 – Few first-time collabs have been as monumentally impactful as Loud Luxury and Brando’s multi-million-stream smash hit “Body,” and both acts are set to build on that milestone record with their next creative collision. The Canadian duo and L.A. singer-songwriter emerges with their second link-up: “Gummy.”

Included on Loud Luxury’s upcoming ‘Nights Like This EP’ (due March 27), “Gummy” sees its creators take the next step toward power play status. Combining emotive piano chords with thought-provoking lyrics before unleashing its beefed-up club appeal, “Gummy” marks the next high-magnitude collab between the Canadian hotshot duo and the L.A. multi-talent, raising the bar higher and higher as they go.

Loud Luxury: “This song is very special to us. ‘Gummy’ is the first song we made with Brando after releasing ‘Body’ and feels like we’re picking up exactly where we left off. We hope you enjoy it as much as we did making it.“

Brando: “Writing and performing on the record ‘Gummy’ with Loud Luxury was a lot of fun. The song has a laidback summer vibe to it and I’m excited for fans to hear it.”

It’s been an amazing ride for university friends Andrew Fedyk and Joe De Pace, better known as Canadian duo Loud Luxury. With their now worldwide smash hit ‘Body’ (feat. Brando), the Toronto boys are certified Diamond in Canada and platinum in a range of other countries (3x in Australia, 2x in Switzerland and 1x in the U.K., the Netherlands, Austria and more), held the #1 spot in the U.S. Mediabase Dance Airplay chart for two weeks, charted in the Top 40 of U.S. Pop radio and the U.K.’s Official Singles Chart (#4) and accumulated hundreds of millions of plays across the most popular streaming services. Its follow-up single, “Love No More” (with anders), garnered 12 million streams on Spotify alone in its first month and currently sits at an impressive 122 million plays on the streaming platform, whilst last summer’s “I’m Not Alright” (with Bryce Vine) adds to the tally with over 45 million streams. Earlier this year, the duo scooped up three 2020 JUNO Awards nominations for ‘Dance Recording Of The Year’, ‘Fan Choice Award’ and ‘Group Of The Year’, following four nominations (including one win) in 2019 as well as iHeart Music Awards nominations for ‘Dance Song Of The Year’ and ‘Dance Artist Of The Year.’

Drawing inspiration from the numerous musical influences he indulged in throughout his formative years, L.A. singer-songwriter Brando was a major force behind Canadian duo Loud Luxury’s multi-million-stream hit “Body” (well over 650 million streams on Spotify) and Don Diablo’s “Congratulations,” the latter of which shot up the U.S. Mediabase Dance Chart through a surge of radio plays. With his own life experiences as valuable input, his songs tend to be more gritty and down-to-earth than your average pop song, and he’s currently focused on getting more music out. His immediate pipeline is stacked full of amazing collabs with artists such as Matoma and BRKLYN, and he’s excited for the world to discover what he’s all about.