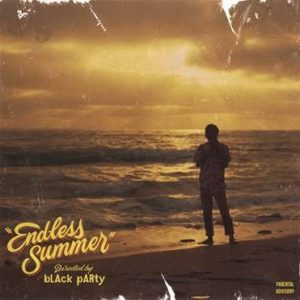 The album, which is mostly produced by bLAck pARty himself, is a family affair featuring appearances from his brother DMP Jefe on “No Complaints” and his sister Zoe and mother Y. Machelle on “Home.”  His father also wrote album track, “Purple Heart.”

bLAck pARty on Endless Summer: “Summer is more than a season, it is a feeling. It’s the feeling of freedom. A feeling of escape — it’s the calm in the storm of life.”

bLAck pARty began as a producer, first working with Kari Faux in 2013 in what has become a long-standing producer-artist collaboration. He emerged as a solo artist in 2016 with the debut of his critically acclaimed project, MANGO, which went viral from it’s “Best View” visual and received praise from the likes of Complex, Vibe and many more. Since then he’s gone on to work on Childish Gambino’s Awaken! My Love as well as music for Insecure, Dear White People, and Atlanta in addition to executive producing Faux’s Lost en Los Angeles.

Fast forward to 2019, The Arkansas-born and Los Angeles-based aural alchemist returns and integrates a lifetime of music obsession into unpredictable, undeniable, and unshakable anthems on his full-length debut, Endless Summer [Wolf + Rothstein/RCA Records]. 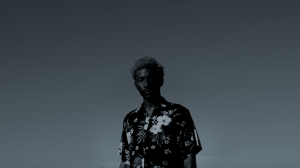