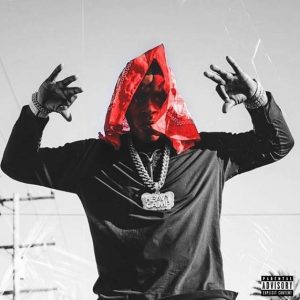 To herald the project, he just uncovered the music video for the latest single “Saving Money” [feat. Da Baby]. Over bass-y piano, he runs through rapid bars before a punchy hook, “Why she saving money? Cuz she spending yours!” Meanwhile, Da Baby pulls up with a show-stopping cameo of his own. The colorful music video sees this dynamic duo mischievously disrupt a shopping spree and get into a series of antics between vibrant performance footage.

Watch it HERE via Vevo/YouTube. 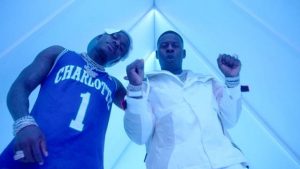 F*CK EVERYBODY 3 flaunts one bold and blunt banger after another. A guitar-laden beat echoes through “Daylight” as his authoritative flow takes hold right out of the gate. “Where They Do That” stomps forward with intense cadences and sharp rhymes, while “Pure” [feat. Swae Lee] climaxes on a hummable hook. “Streets” [feat. Yo Gotti & 42 Dugg] explodes with a tight verbal crossfire. “Mad People” close out this ride with one final confession and soulful riffs.

Blac Youngsta recently crashed the Billboard Top 200 when Code Red—his joint project with Moneybagg Yo—captured #6 on the chart. Receiving acclaim, XXL claimed, “the CMG signees are conjoining their distinctly southern sounds on the 13-song project Code Red.” As they say, it’s up there and it’s stuck up there.” Meanwhile, Hot New Hip Hop wrote, “13-track project is filled with all of the familiar Grind City sounds that fans have grown to love.”

Rising up from Memphis, TN, Blac Youngsta quietly lifted himself to the forefront of hip-hop with a string of U.S. gold-certified hits and tastemaker-approved projects. Following an independent grind, legendary Yo Gotti personally signed him to CMG. In 2018, Blac Youngsta’s CMG debut, 223, popped off with two gold-selling smashes—“Booty” and “Hip Hopper”—as well as “Heavy Camp” [feat. Travis Scott] and a blockbuster remix of “Booty” [feat. Chris Brown, Jeezy, & Trey Songz]. Leading his own Heavy Camp crew, he only increased this momentum with 2019’s Church On Sunday and its accompanying documentary of the same name. In 2020, he claimed a spot in the Top 10 of the Billboard Top 200 when he joined forces with Moneybagg Yo on Code Red. Now, he issues his most impactful and infectious statement yet on F*CK EVERYBODY 3.