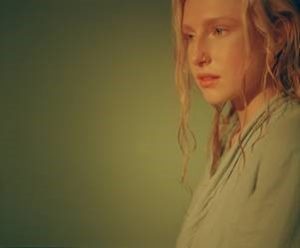 Lead single, Betsy was written back in 2017, with friend and long-time collaborator Rich Cooper.

“It was the first time I’d tried jamming with someone and had the pressure of writing instant, spontaneous lyrics. They poured out actually, it’s about confronting a politician, no one in particular, but sort of ridiculing them. I liked the idea of using number 9 instead of 10. I didn’t want the big political stance, and I didn’t want to single out a specific human, it’s representing parliament as a whole institution really. The song turns the wise old politician into a child, infantilising them takes away their power. I think most people feel a bit unsafe with it all, because it’s impossible relate to these characters. No one shows any personal weakness or empathy, and if they do, they’ve already cracked.

Billie Marten has been releasing music since she was fifteen; an age when most people are still struggling to piece together their identities bit by bit. Juggling constant travelling and packed recording schedules with A-Level revision and plotting out her own path through life was a tumultuous period. In the years since, she’s been working to unpick the whirlwind.

Her acclaimed debut album Writing of Blues and Yellows arrived while the young singer was still at school, and two years later, the revelatory follow-up Feeding Seahorses By Hand is the result of unlearning everything she thought she knew previously.

After leaving school, Billie packed her bags, and left behind sleepy Yorkshire for the garish hubbub of London. Starting work in a pub and observing the never-ending conveyor belt of curious punters that propped up the bar, she gradually begun to find her feet in the capital.  Her songs – originally written more as fragmented journal entries than anything else – gradually began to peer outward at the people around her. Feeding Seahorses By Hand takes a magnifying glass to the outside world, giving a fictional appraisal of Donald Trump from the perspective of his daughter on the saccharine ‘Cartoon People’, and poking fun at unnamed politicians on ‘Betsy’.

“I feel like I’m more awake to society than I was aged 15. That’s bound to happen,” she reasons. “This record is definitely not as much about me. It’s about my view on other people, other things.”

Recorded largely on four track tape at producer Ethan John’s house in Bath, Billie Marten dedicated every second of her time to the record over two intense but rewarding weeks. The result is an honest, imperfection-speckled album from an artist long unbothered by the idea of achieving a flawless gloss.

Billie will tour the US in May, supporting Snow Patrol and will return to UK shores for a headline tour beginning on June 5th in Birmingham and concluding on the 13th June at London’s Islington Assembly Hall. Tickets will be available from 10am on Friday 22nd March. 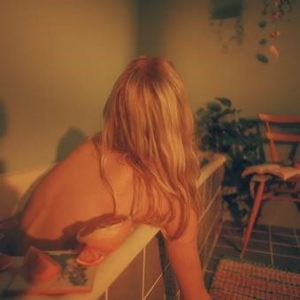