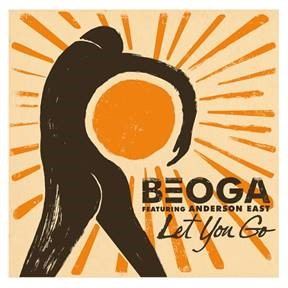 Toronto, ON – June 7, 2019 – Today, Irish “new wave trad” quintet, Beoga, have shared their new song, Let You Go, featuring GRAMMY-nominated singer-songwriter, Anderson East. Listen here. “Let You Go” comes on the heels of Beoga’s cover of Mark Ronson and Miley Cyrus’ Nothing Breaks Like a Heart and their original song, Matthew’s Daughter, featuring Devin Dawson, which was named one of Rolling Stone’s 10 Best Country and Americana Songs to Hear Now.

In speaking about their latest offering, Beoga says, “Let You Go is about trying to cut ties with someone and being able to move on. We’re thrilled to have been able to collaborate with the great Anderson East on this. His southern drawl married really well with our sound, we are so glad he agreed to be part of this chapter of the new record.”

Anderson adds, “It’s such an honor to be on a record with such incredible, talented musicians who blend tradition and modernity. Beoga on a record is spectacular and to see them in person is to witness something truly special.”

Beoga has spent the past month touring the US with JOHNNYSWIM. The 18-date leg, which concluded on Monday, brought the Irish group to various cities across the country including a sold-out show at New York City’s Webster Hall. Visit www.beogamusic.com for additional live dates and more information.

In 2017, Beoga collaborated on two songs on Ed Sheeran’s global hit album ÷. After the album shot to the top of the charts all over the globe, those two tracks – Galway Girl and Nancy Mulligan – accumulated over 687 million streams on Spotify. Suddenly Beoga landed their first chart-topping hit in Ireland with Galway Girl, a guest slot during Sheeran’s Glastonbury headline set, and a debut appearance on Top of the Pops.

After five albums as Beoga, their work with Ed Sheeran, and writing with Foy Vance and Snow Patrol’s Johnny McDaid, the quintet has refined their focus to finding the precise intersection between trad music and contemporary pop. Beoga recently signed to Columbia Records and are working on new music that does just that.