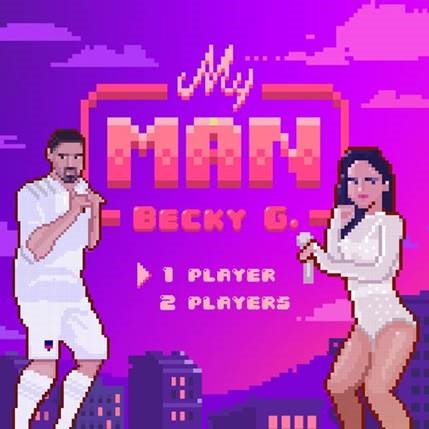 Today, global superstar Becky G releases new single “My Man” along with the music video via Kemosabe Records/RCA Records. The track, which was produced by Di Genius, was written by Becky alongside Di Genius, Elena Rose, Edgar Barrera, Fresh, Maurice “Verse” Simmonds, Janée “Jin Jin” Bennett and Jenni Rivera. Inspired by Jenni Rivera’s “La Gran Senora”, the song is a fun and flirty expression of female empowerment as it takes on the narrative of staying with your man through ups and downs, thick and thin. The video, which was shot at home and inspired by spending time nonstop with your partner during quarantine, features Becky alongside her boyfriend, LA Galaxy player Sebastian Lletget. It was creative directed by Pedro Paulo Araujo of 2 Wolves/SOTA. Watch HERE.

Becky G says, “I always loved the perspective Jenni Rivera sang from on “La Gran Señora” and thought that it was so different. It’s a unique perspective that is never really shared in songs, so I thought it would be dope to bring an up-beat 2020 Becky G flow to a concept story like that with my Spanglish style.”

“The music video is a true moment that has now been captured forever. This pandemic will be something Sebastian & I will never forget. Sharing a “fly on the wall” point of view to the silly and competitive side of us from behind closed doors and that people usually don’t get a chance to see, was so much fun. We really didn’t feel like we were shooting a video, we were just being us.”

Singer, songwriter and actress Becky G was born for the spotlight and her multifaceted career is shaping up to be nothing short of iconic. The 23-year-old global superstar’s achievements include two number one hits on the Billboard Latin Airplay Charts (“Mayores” & “Sin Pijama”), a starring role in “Power Rangers,” and guest-starring in Fox TV’s Emmy-winning “Empire” series. She won two 2018 Latin American Music Awards, for Favorite Female Artist and Favorite Urban Song (for “Mayores”) and was awarded YouTube’s Diamond Play Button for surpassing 10 million followers on the platform. Becky G has toured alongside Katy Perry, Demi Lovato, J Balvin, Fifth Harmony and Jason Derulo and has recorded collabs with Pitbull, Daddy Yankee, Maluma, Anitta, Natti Natasha, ZAYN, Bad Bunny and CNCO, among others. Becky has been honored by the Latin Recording Academy as one of the Leading Ladies in Entertainment (2018) and by her home city of Inglewood, California for her contributions to the Hispanic community; she has been recognized as one of Rolling Stone’s “18 Teens Shaking Up Pop Culture” and one of Billboard’s “21 Under 21”. Becky recently garnered the Extraordinary Evolution Award at the 2019 Latin American Music Awards for her success as a young performer who has reached the pinnacle of success in a short period of time. Her debut album Mala Santa was released in October 2019 and has been certified 8X Platinum in the United States, Platinum in Spain and Gold in México. Click HERE to stream or download the album. A few months ago Becky  her track “They Ain’t Ready” along with a special T-shirt. 100% of the proceeds from the sale of the T-shirt went to the The Los Angles Students In Need Charity. 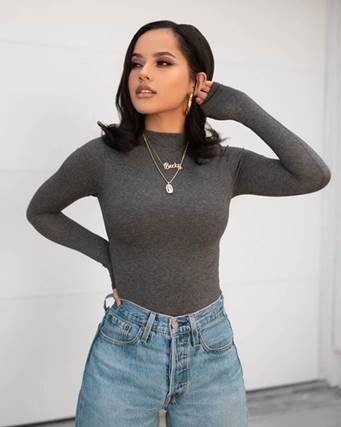