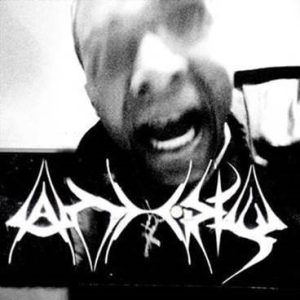 A feeling of worry, nervousness, or unease, typically about an imminent event or something with an uncertain outcome.

“ANXIETY” was written by BEAM and produced by Pyrex Whippa, Cubeatz, and Al Cres. On the track, an off-kilter groove simmers beneath mesmerizing flute as BEAM’s cadences dip in and out of dancehall and hip-hop. The anxiousness of his flow teems with infectious intensity as he spells out the chorus melodically.

Directed by madebyjames [Pyer Moss, Big Sean, BLXST], the accompanying visual brings this paranoia to life on screen in haunting and hypnotic fashion. The clip opens with the artist spitting to the camera in isolation before madness breaks out as figures in ski masks surround him in a dark hallway. The momentum moves at the breakneck speed of the song towards a knockout climax.

The Jamaica-born, Florida-raised boundary-pushing artist is currently putting the finishing touches on more new music, with a studio album expected in 2022.

Emerging as a proud and proven outlier, BEAM pieces together hip-hop, dancehall, and R&B into an otherworldly vision that ebbs and flows in tune with his emotions. He first put his expertise on display with his acclaimed debut EP, 95. Released at the end of 2019, the genre-bending project served as a stellar introduction for the artist. Amid of wave of critical acclaim, he gave a must-see performance of the song “2×2” on COLORS, while both Pigeons & Planes and British GQ named him a 2020 Artist to Watch. In addition, he received praise and attention via everybody from Highsnobiety and The FADER to HYPEBEAST, British Vogue, Clash, LA Weekly, and more. NPR named BEAM one of their favorite Heat Check discoveries of 2019 while putting 95 of their staff picks for best albums of 2019, and he concluded the 95 era with an otherworldly NPR Tiny Desk (Home) Concert. He followed up 95 with the Crimson soundtrack, a six-track collection of music he wrote, composed, and performed specifically for the film of the same name—a horror feature produced by FaZe Clan (the world’s most prominent esports and entertainment organization) in partnership with Invisible Narratives.

In addition, BEAM’s voice continues to resound throughout popular music as a highly in-demand collaborator. Over the past few years, BEAM has contributed his talents to projects for names like Kanye West, 21 Savage, Migos, Internet Money, Skrillex, Major Lazer, Maroon 5 and more. He composed the music used as the theme to Rihanna’s 2020 Savage x Fenty show and appeared as a guest on #1 albums in 2021 by Justin Bieber (“Love You Different” and “Freedom”), Pop Smoke (“Top Shotta” with Pusha T, and TRAVI), and more.

Now with the release of “ANXIETY,” BEAM is getting ready to blast off into a whole new stratosphere. Get ready for more, coming very soon.

“BEAM’s light-hearted gravitas and charisma shine through from start to finish.”  – NPR
“BEAM is confident and proficient in everything he’s making, and backed by his own top tier production, he doesn’t miss.” – Pigeons and Planes 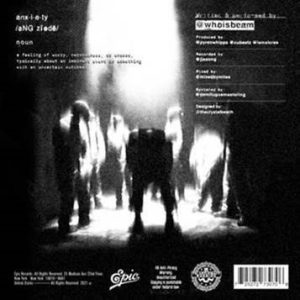