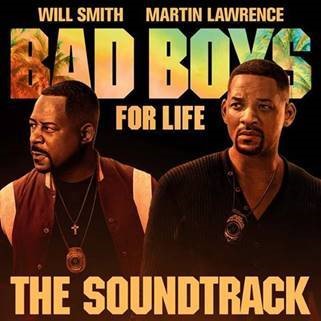 The “Muévelo” music video clocked a staggering 30 million-plus views in a few weeks’ time. Since impacting in November, “RITMO (Bad Boys For Life)” by Black Eyed Peas and J Balvin not only bowed at #1 on the Billboard Hot Latin Songs Chart, but it also generated 400 million YouTube views on the official music video and 300 million-plus streams worldwide.

Making history, executive producer DJ Khaled architected a powerful package for We The Best Music Group’s first-ever soundtrack. He energizes the culture with this diverse and dynamic collection in honor of the film with brand new music from the likes of Meek Mill, City Girls, Rick Ross, Rich The Kid, Jaden Smith, Buju Banton, Pitbull, and more.

“It’s been incredibly fun working with our Sony partners, We The Best Music and Epic Records, to assemble an all-star roster of artists for a new chapter in the Bad Boys franchise,” said Spring Aspers, President of Sony Pictures’ Music. “I’m excited for audiences around the world to see the new iteration and hear its electrifying soundtrack.”

The movie launched with star-studded premieres on both coasts in Los Angeles and Miami where DJ Khaled, Will Smith, Martin Lawrence, Yo Gotti, Rick Ross and more were in attendance.

Experience Bad Boys For Life on your stereo and in theaters!

ABOUT BAD BOYS FOR LIFE

The Bad Boys Mike Lowrey (Will Smith) and Marcus Burnett (Martin Lawrence) are back together for one last ride in the highly anticipated Bad Boys for Life.