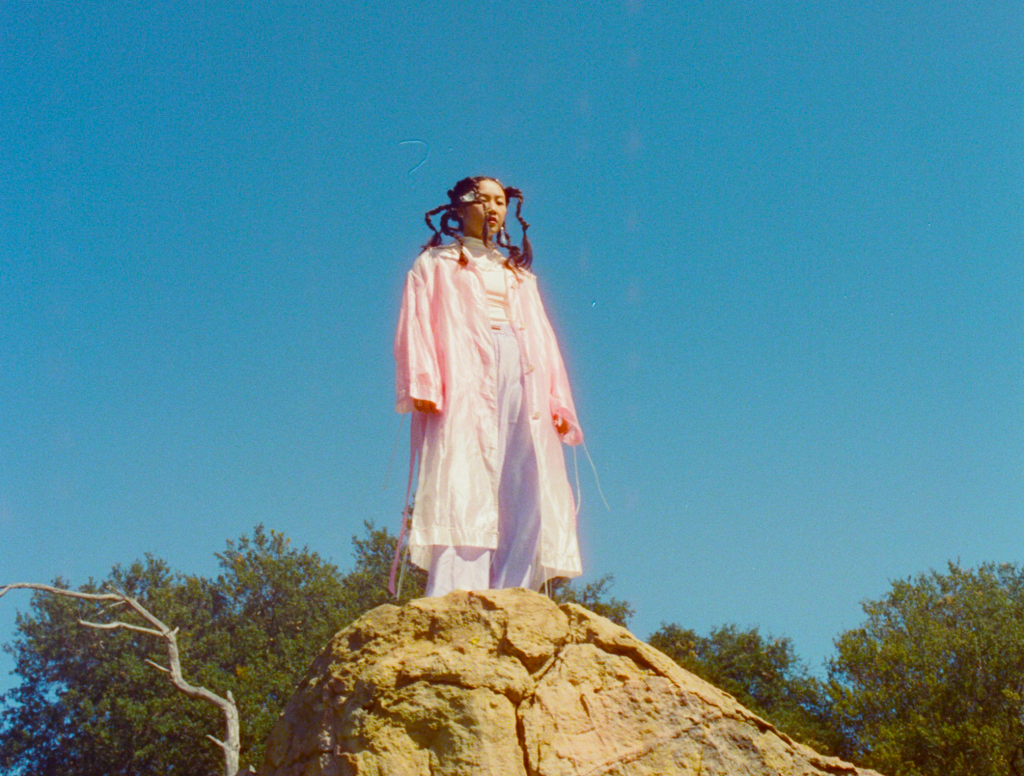 VEVO DSCVR LIVE PERFORMANCES
OF SPACE AND BLOSSOM OUT TODAY

Toronto, ON – May 11, 2021 – Rising R&B artist and rapper, Audrey Nuna, follows Space with her latest soon-to-be smash titled Blossom, out today on all digital platforms. The track comes with the exciting announcement of a larger body of work on the way, called a liquid breakfast. Available to pre-order/save/add, a liquid breakfast features 10 original tracks, including critically acclaimed Comic Sans, damn Right, Space, as well as Blossom, and will see its global release on May 21 via Arista Records.

On Blossom, Audrey Nuna shares: “Blossom is a song about growing up. My grandma recently told me about her childhood and how she had to flee a war by foot. I’m happy I was able to put her voice in the outro.” Listen to Blossom here. Speaking on a liquid breakfast, the 22-year-old artist shares: “a liquid breakfast is a project about being a loner and the liberation that it came with for me. it’s my journal from the last year and a half. There’s a lot of different sounds and sides of myself I’ve captured and collected over the months I was driving around the suburbs of Jersey. A lot of this project was written in a car or against the smell of birthday cake candles and food cooking in the room over.”

A first-generation Korean-American and welcomed ambassador for her culture, Nuna hangs her hat on the value of her work first while embracing the responsibility of representing Korean Americans and women in pop music. “My identity as a Korean American is an important part of who I am, and it’s going to leak into whatever I make regardless so it’s not something I need to consistently remind people. Normalizing that energy and that culture is really what’s important to me. For the first time, push a face like mine into the mainstream, but do that while never compromising my creativity. Always remembering to push boundaries creatively – that comes first for me – and it’s the right time for it.”

Audrey Nuna grew up in New Jersey and started singing before she could talk. She recalls her mom saying she’d hum and sing as a baby if something tasted good before she knew how to use words. Starting voice lessons in elementary school, she began auditioning for live performance opportunities and landed her first gig singing America The Beautiful during the U.S. Open Tennis Tournament at age 10. After posting a series of cover videos via Instagram in high school, manager/producer Anwar Sawyer invited Audrey to his studio where they wrote the first of what would become over 100 songs together.

Audrey was then accepted to the Clive Davis Institute and enrolled in NYU. Continuing her artist career, Audrey would take the 10 p.m. train uptown to Anwar’s studio, write all night, take the 4 a.m. bus back to NYU, grab a few hours of sleep and go to class. She soon decided to take a gap year to focus on the music. “I don’t like the feeling of half-assing anything,” says Audrey. Her self-described “neurotic” attitude quickly proved fruitful. After self-releasing a series of six tracks, Audrey inked a record deal with Arista Records under Sony Music Entertainment. Following a string of buzzworthy singles since signing, Audrey plans to release her debut project later this year.

Making her major label debut with Time, out in August 2019, followed by the releases of Paper, Comic Sans ft. Jack Harlow, Long Night and damn Right, she has showcased her artistic range through R&B influenced tracks, mature and soulful vocal performances and an unexpected lyrical approach.

Audrey Nuna has already received worldwide critical praise on her handful of releases to date. Vogue featured Audrey in their January issue, saying her single, “damn Right quickly hit a nerve,” and NPR featured her in their list of women in rap who left their mark on 2020, claiming her as “one to watch this year.” Additional tastemaker outlets that have shown early support include The FADER, Complex, Pigeons & Planes, PAPER Magazine, Wonderland, Hypebae, i-D and more. 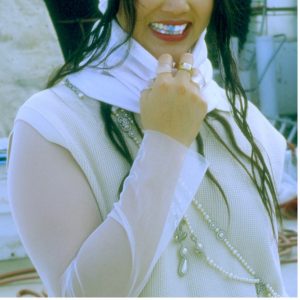 Blossom is out everywhere now