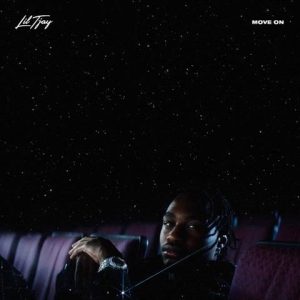 Today, multi-platinum rapper Lil Tjay releases his latest single “Move On” via Columbia Records – listen HERE. “Move On” highlights a softer side of Lil Tjay and is featured on his highly anticipated sophomore album set to be released early next year. In this ThriceCooked directed visual, Lil Tjay spots his ex-girlfriend (played by Nickelodeon star Daniella Perkins) holding the affections of another guy and takes to the big screen to win her back. WATCH HERE.

Where you going to look when you ready to settle

This aint gon work we ain’t getting along

I can’t stay right when you doing me wrong

I know it’s gon hurt when you hear this song

Cause you been playing games

And I Been feeling strange

“Move On” is the follow up to Lil Tjay’s latest release “Losses.” An accompanying documentary will be released which further dives into Tjay’s journey and path to continued success.

ABOUT LIL TJAY
At only 19 years old, Lil Tjay has captivated the rap scene with his signature swag and blaring bars that have garnered him an audience of millions. His latest project, the State Of Emergency Mixtape follows the release of Lil Tjay’s platinum-certified debut album True 2 Myself. The album is responsible for the double platinum-certified hit “F.N.” and “Brothers,” platinum-certified “Leaked” and “Ruthless” as well as the Gold-certified “Hold On,” “Laneswitch,” “One Take” and “Goat.” Earlier this year, Tjay relased the Gold-certified song “20/20” before joining forces once again with Polo G on “First Place” – the follow up to their 5x Platinum-certified breakout hit “Pop Out.” which landed on Billboard, Uproxx, and Complex’s Best of 2019 year end lists. To date, Lil Tjay has accumulated over 5.8 billion global streams across all releases and featured as one of XXL’s Freshman Class 2020 and Billboard’s 21 Under 21.