ARIES RELEASES HIGHLY ANTICIPATED SOPHOMORE ALBUM BELIEVE IN ME, WHO BELIEVES IN YOU 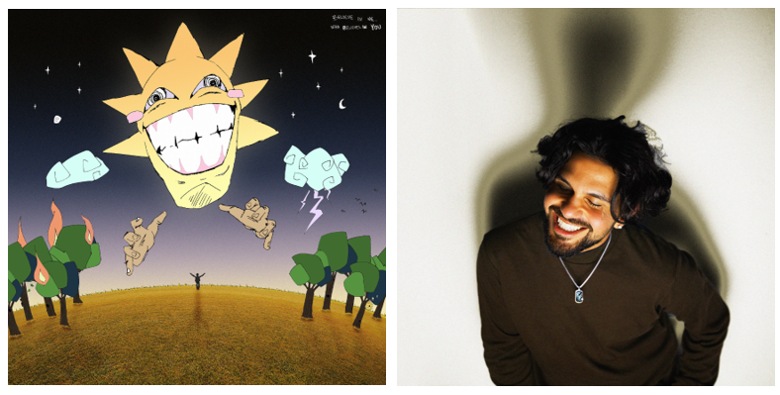 TORONTO, ON – November 12, 2021 – Genre-defying artist and multifaceted creative, Aries, has officially unveiled his brand-new sophomore album, BELIEVE IN ME, WHO BELIEVES IN YOU, today via WUNDERWORLD/Columbia Records. The self-taught producer/singer/rapper has delivered an eclectic collection of 12 songs that perfectly display Aries’ seamless ability to blend hip-hop and alternative influences, with his signature vocal tone at forefront. The album features previous singles, FOOL’S GOLD, CONVERSATIONS, DITTO, KIDS ON MOLLY and ONE PUNCH, and “serves as the losses and the lessons I’ve gone through and learned over the past 2 years,” says Aries. See full tracklist below.

Aries is an artist of many talents: rapper, singer, producer, director, graphic designer, illustrator. Using his creative chops to their full capacity, Aries drew and created his own album art, and he also kept a tight circle of collaborators in the creation of the music, having his own hand in the writing, producing, engineering, mixing and mastering of every song.

Along with the album release comes the official video for album track, RIDING, which was co-directed by Aries and Mattias Russo-Larsson – check it out here. Embark on a visual journey with Aries on a camel ride through the dessert, into a lush jungle, through a sudsy car wash, down to the LA river and into a miniature village where a giant Aries towers over.

To celebrate the album release, Aries is hosting his first (ever) annual WUNDERWORLD FEST at The Observatory in Santa Ana, CA tonight. Aries will headline the fest and it will also feature performances from tobi lou, brakence, Deb Never, SSGKobe, Tom The Mail Man and Ramzoid. Aries also recently announced the BELIEVE IN ME WORLD TOUR, which kicks off in Stockholm in January and travels through Europe and North America before wrapping in late March. See full list of dates below.

BELIEVE IN ME, WHO BELIEVES IN YOU is Aries’ first full body of work since his 2019 independent debut album, WELCOME HOME, which was self-written, self-produced, and has gained him an extremely rabid fanbase and over 300 Million streams to date. Taking an unconventional route to build a fanbase, Aries first made a name for himself on YouTube, putting his self-taught production skills to use by recreating the beats behind popular songs in 2 minutes. As these videos gained momentum Aries simultaneously posted his own music videos on the platform, building over 455,000 subscribers in the process. Following the release WELCOME HOME, this legion of die-hard fans showed their support as Aries sold out all 21 dates of his first ever North America and Europe tour, and in doing so announced his presence as one of the most in-demand new artists on the live circuit. 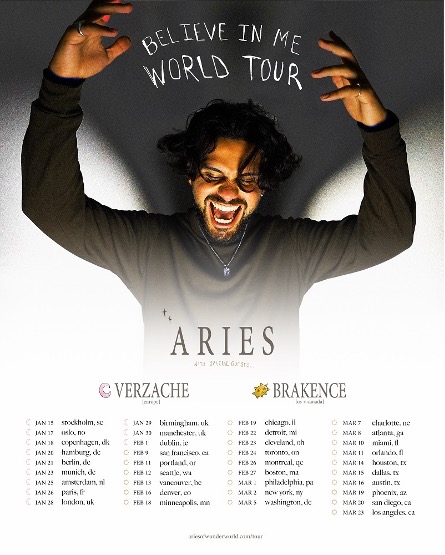