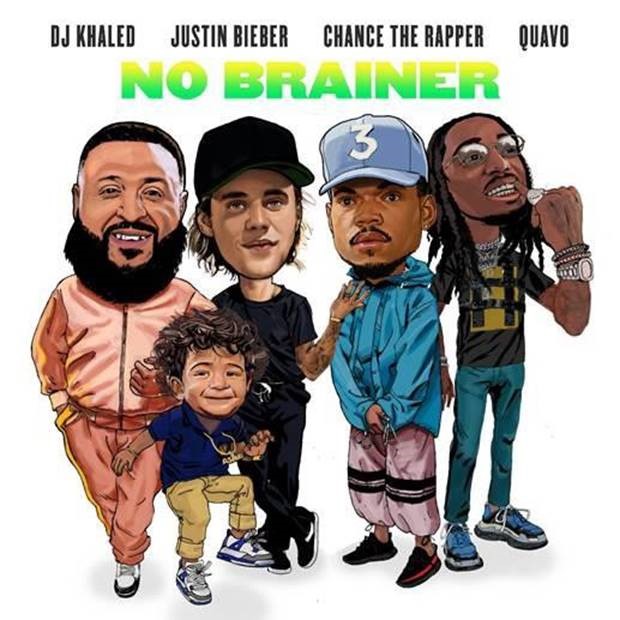 Get it HERE via We The Best Music Group/Epic Records.

Once again, the GRAMMY® nominated multiplatinum artist, music industry visionary, innovative influencer, mogul and mega-producer delivers a blockbuster anthem to heat up the summer season. Inciting immediate excitement, the track launches with a major cross-format radio push. Beginning at 10am PT/1pm ET, pop, rhythm, and urban stations will play “No Brainer” every hour on the hour, while the single makes its formal impact on Monday July 30. Also at 10am PT/1pm ET, Khaled shares the event-level music video directed by the legendary Colin Tilley.

Continuing a tradition of larger-than-life cinematic visuals, he went all out for the video like only he can. For “No Brainer,” Khaled takes on the role of a video director, blocking all of these superstars and bringing an unforgettable vision to life (in addition to taking a moment to salsa dance). Among iconic vignettes, Quavopaints with a pigeon on his shoulder, Chance the Rapper rocks a classic suit Gatsby– style, and Bieber sings in front of a tropical backdrop.

Of course, Khaled is joined by “co-director” and producer on-screen his son Asahd Tuck Khaled…

Setting the stage for the video’s arrival, Khaled shared a hilarious clip on Instagram. Apparently Asahd’s stock has gone way up, and he may be going solo. Serving as the voiceover, Kevin Hart helped him air his ambitions! Check it out HERE.

“No Brainer” reunites Khaled with three of the masterminds behind his sextuple platinum, record- breaking 2017 smash “I’m The One” [feat. Justin Bieber, Quavo, Chance The Rapper, & Lil

Wayne] which, debuted at #1 on the Billboard Hot 100 Chart and #2 on the Canadian Digital Songs Chart. This time around, they up the ante yet again with show-stopping performances and unmatched charisma and chemistry.

This morning, Apple Music’s Beats 1 shared an exclusive interview with Khaled conducted by tastemaker Zane Lowe. He goes deep in this wide-ranging conversation and hints at big things on the horizon.

Right now, he’s sharing the stage with Beyoncé and JAY Z on their stadium tour, On the Run II

Tour (OTR II Tour). Expect an unforgettable performance night after night (and a lot of surprise special guests) as he blesses the stage before The Carters take over. Check out the full itinerary below.

Additionally, you can catch him on the panel of FOX’s hit series The Four every week on Thursdays at 8pm (ET/PT).

Most importantly, “No Brainer” paves the way for the arrival of his forthcoming eleventh full-length and one of the year’s most anticipated albums, Father of Asahd [We The Best Music Group/Epic Records]—due this fall and executive produced by his son Asahd yet again. 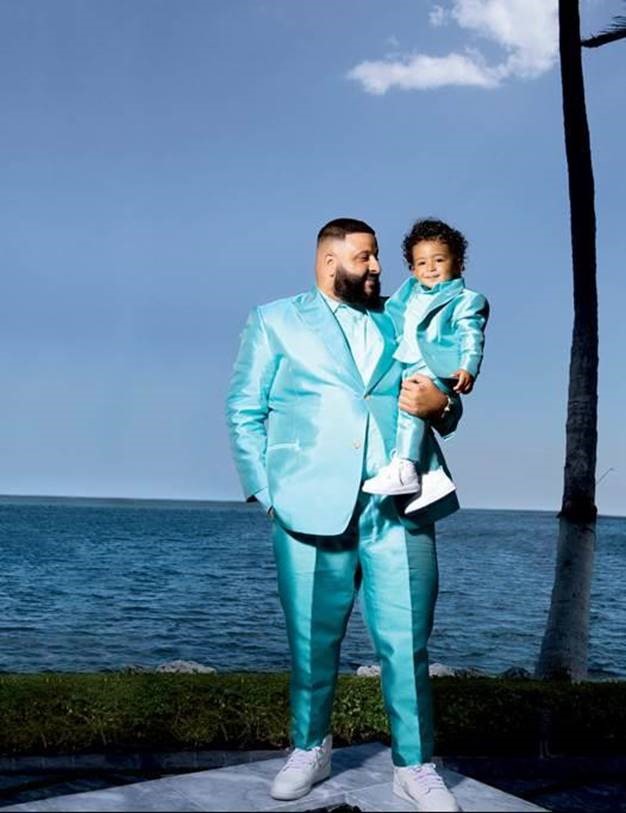 A trendsetting force, musical visionary, and icon of unparalleled influence, DJ Khaled sets the pace for the culture. To date, he has sold 18 million singles. In the U.S., his last two albums—the gold-certified Major Key [2016] and platinum-certified Grateful [2017]—each bowed at #1 on the Billboard Top 200 and yielded an unmatched string of number one hits, including the sextuple-platinum “I’m The One” [feat. Justin Bieber, Quavo, Chance the Rapper, & Lil Wayne], quadruple-platinum “Wild Thoughts” [feat. Rihanna & Bryson Tiller], double-platinum “For Free” [feat. Drake], and gold “To The Max” [feat. Drake]. 2018 saw him assume the role of a judge on Fox’s top-rated smash The Four in addition to co-headlining a blockbuster spring tour with Demi Lovato. With everything he does, he changes and elevates the game and determines the path for all to follow. That continues now.