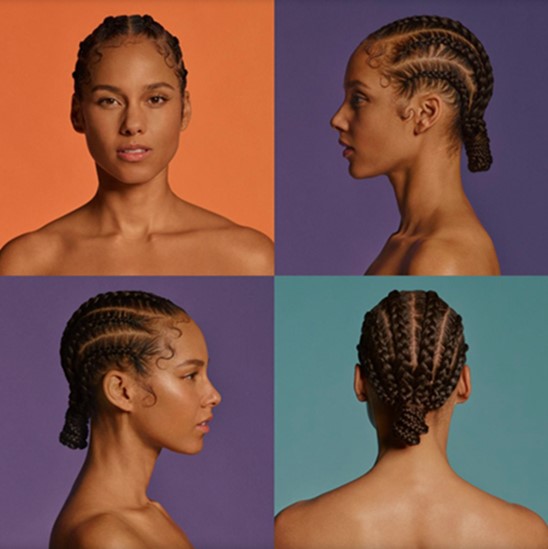 In addition to premiering her powerful new visual for single “Love Looks Better,” (directed by acclaimed filmmaker Gina Prince-Bythewood) since the album’s arrival, Alicia has given fans a sampling of these eclectic performances on a series of powerful performances including her heartwarming first live show since March of “Good Job” for essential workers for GMA, her sultry duet with Khalid of “So Done” as part of her weeklong residency on The Late Late Show with  James Corden, her uplifting appearance for the NFL Kickoff where she sang  “Love Looks Better” and he edgy duet with SIR for the popular digital series Colors.  She stars in the premiere episode of the new Netflix series “Song Exploder” and will break down “3 Hour Drive,” the album’s praised duet with Sampha, which is now streaming.

Earlier this week, Keys was announced as a performer for the upcoming Billboard Music Awards, airing on NBC on October 14, 2020.

Alicia Keys Has Passion, Advice and Aplomb on ‘Alicia’–  The New York Times

“It’s a multifaceted, rich canvas, as a truly effective portrait should be” – Evening Standard

‘Alicia’ is one of her most musically engaging LPs – Rolling Stone

Some of the best tunes of her career, in an impressive statement of intent – Daily Mail

Keys has had one of the most beautiful and empowering voices in music for years now, and both of those qualities are on full display with her new self-titled album – Uproxx

Alicia Keys is one of the most legendary singers out there as her extensive catalog speaks for itself. With time, the artist has been able to increase her life experiences, leading to deeper music that speaks to her personal triumphs and hardships.  On her latest album ALICIA, Keys gets very honest about all of these things, especially on the song “Me x 7” which features the likes of Tierra Whack. – Hot New Hip Hop

At a time when political tensions are at its highest and people are battling with a pandemic, ALICIA undoubtedly offers a space for listeners to realign and refresh themselves. – Hypebeast