The Two Multi-Grammy Winners Premiered the Song with a Live Performance During Last Night’s “Every Vote Counts: A Celebration of Democracy” Broadcast Special on CBS, Which Keys Co-Hosted 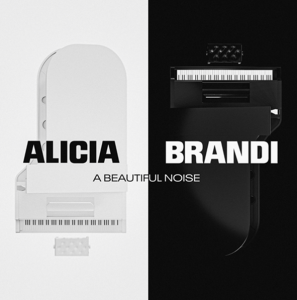 NEW YORK, NY — October 30, 2020 — Today, 15-time Grammy winner and music icon Alicia Keys teamed up with fellow 5-time Grammy winner and acclaimed singer-songwriter Brandi Carlile to release the empowering new duet “A Beautiful Noise.” The song, a stripped-down, piano-driven track, was written by an all-female team of musicians including Keys and Carlile, along with Ruby Amanfu, Brandy Clark, Hillary Lindsey, Lori McKenna, Linda Perry and Hailey Whitters. The lyrics speak to the importance of finding your voice and being unafraid to use it to make beautiful noise and to stand for what’s important: “When you band together it’s a choir of thunder and rain.” The message comes right on time, leading up to next week’s national and local U.S. elections: “I have a voice and I let it speak for the ones who aren’t yet really free.” “A Beautiful Noise,” released via RCA Records, is now available to download and stream HERE.

Keys and Carlile premiered “A Beautiful Noise” with a touching live performance during last night’s “Every Vote Counts: A Celebration of Democracy” election broadcast special on CBS [WATCH NOW]. Keys, along with Kerry Washington and America Ferrera, co-hosted the special, which was produced by Live Nation and Global Citizen. The nonpartisan event encouraged Americans to get to the polls in the final days of the 2020 election season, and remind viewers that a strong democracy depends on civic engagement and fair elections.

“This song has that special energy that we really need to feel right now,” Keys said. “Everyone has the power to make a beautiful noise and to lift others up with their voice. And now more than ever, we need to let those voices be heard by voting. I’m so grateful to have joined my sister Brandi Carlile, a beautiful spirit, inspiring artist and incredible person, for this moment.”

“The evolution of ‘A Beautiful Noise’ represents a group of incredible women from all different walks of life coming together with a universal message of hope and empowerment,” Carlile adds. “It is an important reminder that we all have a voice and that our voices count. It was an absolute dream and honor to join the incomparable Alicia Keys to deliver this beautiful message through song. Alicia lives this song. This is how she walks through the world. I am forever inspired. Please vote.”

In the final days heading into the election, fans are encouraged to participate in the movement to make #ABeautifulNoise on their social channels. The mission of this campaign is to help people from all underserved communities inspire one another to turn out at the ballot box by sharing empowering stories, reasons, and plans for voting. To join, share HOW and WHY you plan to make #ABeautifulNoise for the election and beyond, and challenge your voting squad to do the same. Key voting resources can be found at  weall.vote/women – provided in partnership with When We All Vote and United State of Women.

The tale of how “A Beautiful Noise” came to be is an incredible reminder of the power we all have to use our voice to push for what we believe in. Ali Harnell, President of Live Nation Women, applied her enthusiasm and creativity for uplifting voices to help bring the song and social movement to life ahead of the election. Harnell mobilized her squad to make it all happen and hopes millions across the nation are inspired to make #ABeautifulNoise during this election.

Alicia Keys is a modern-day Renaissance woman—a 15-time Grammy Award-winning artist/songwriter/musician/producer, an accomplished actress, a New York Times best-selling author, a film/ television and Broadway producer an entrepreneur and a powerful force in the world of activism. Since the release of her monumental 2001 debut album, Songs in A Minor, Keys has sold over 65 million records and built an unparalleled repertoire of hits and accomplishments.  Keys’ seventh studio album ALICIA was released in September, 2020, to critical acclaim, reaching #1 on Canadian R&B Album Sales Chart. The first single “Show Me Love” earned Keys a record-extending 11th number 1 on the Billboard Adult R&B Songs airplay chart, and her follow-up hit single, “Underdog,” went #1 on the overall iTunes chart and became the most added song at Top 40 radio in the US upon its release.  Keys released her new book More Myself: A Journey on March 31, 2020 via Flatiron Books, which debuted and spent multiple weeks on the New York Times Bestseller List.

Brandi Carlile is a five-time Grammy Award–winning singer, songwriter, performer, producer and activist. Beloved by fans and critics alike, Carlile and her band have performed sold-out concerts across the world. Since her 2004 debut, she has released six studio albums including her most recent, 2018’s By The Way, I Forgive You, and was the most nominated female artist at the 61st Grammy Awards, with six nominations, including Album, Record, and Song of the Year. Carlile’s Looking Out Foundation amplifies the impact of music by empowering those without a voice, having raised over $2 million for grassroots causes. She lives in Maple Valley, Washington, with her wife and two daughters.

ABOUT When We All Vote

When We All Vote is a national, nonpartisan nonprofit that brings together citizens, institutions, brands, and organizations to increase participation in every election. Launched by Michelle Obama, the organization is committed to closing the race and age voting gap and empowering all eligible voters to cast their ballot by harnessing grassroots energy, establishing strategic partnerships, and implementing digital organizing strategies, with the ultimate goal of changing the culture around voting.

In the leadup to the 2018 Midterm Elections, When We All Vote organized over 2,500 local voter registration events across the country, engaged 200 million Americans online about the significance of voting, and texted nearly four million voters the resources to register and get out to vote.

About United State of Women

The United State of Women (USOW) is a national organization dedicated to convening, connecting, and amplifying voices in the fight for full gender equity. We are a community for all who identify as women, gender nonconforming, or allies, believe in full gender equity, and want to work collectively to achieve it.

Born out of the Obama Administration’s White House Council on Women and Girls, USOW holds a unique position within the movement. We sit at an uncommon intersection of politics, community engagement, culture change, and leadership development.