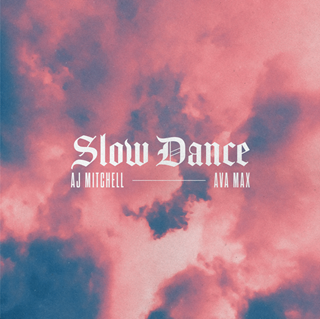 The song unites Mitchell with multiplatinum rising pop superstar Ava Max for a dynamic and diverse duet. The track balances these two unique and undeniable voices on one irresistible anthem. Most importantly, it arrives as one of the boldest, brightest, and biggest collaborations of the year.

Be on the lookout for the music video very soon!

2019 has shaped up to be a breakout year for Mitchell. Amassing 20 million-plus streams since just January, he served up a string of scorching singles, including “All My Friends,” “Talk So Much,” “Move On,” and, most recently, “Without You” with Nina Nesbitt. In addition to features by Billboard, Just Jared, JR., Idolator, and more, Seventeen predicted, “your soon-to-be-favorite album.” Not to mention, he packed gigs across the country, delivering one unforgettable performance after another.

Sporting a slick and show-stopping voice, sharp songwriting chops, and endless charisma, AJ Mitchell emerges as a stylish and soulful new leading man for pop R&B. Born and raised in Bellville, IL, he went from uploading highly-trafficked covers on social media to personally writing and recording his 2017 breakout single “Used To Be.” The latter clocked 33 million Spotify streams as he inked a deal with Epic Records and relocated to Los Angeles.

Mitchell’s 2018 major label debut EP, Hopeful, maintained his meteoric momentum with a string of hits such as “I Don’t Want You Back” (19.1 million streams) and “Girls” (9.2 million streams). Meanwhile, he regularly averaged over 2.5 million monthly listeners on Spotify. His most recent tracks “All My Friends”, “Talk So Much” and “Move On” have amassed over 47 million streams combined. Attracting acclaim, VEVO named him a 2019 DSCVR “Artist To Watch,” and he performed on The Today Show,Good Day New York, and KTLA. Reaching 2 million cumulative followers by 2019, he kicked off the new year with the launch of the “Hopeful Tour” alongside his “No Plans” collaborator Marteen on the bill as support.

Crafting pop anthems with a much-needed dose of fiery female empowerment, global sensation Ava Max is a unique talent, blessed with a seismic voice, an individualistic high fashion mindset, and an undeniable knack for cinematic, theatrical pop. The daughter of Albanian immigrants, Max was born in Wisconsin but raised in Virginia where she began blowing away audiences long before even entering high school. Inspired by her parents’ courageous escape from the political turmoil that plagued their home country; she eventually made the move to LA to pursue her calling.

Recently nominated for “Best New Artist” at the 2019 MTV “Video Music Awards” alongside Billie Eilish, Lizzo, and Lil Nas X, Ava has cemented her pop Ava has cemented her pop status with the success of her RIAA 2x-platinum certified hit “Sweet but Psycho” which spent three weeks in the top 10 of Billboard’s Hot 100 and peaked at #3 at USA Pop Radio. With over 650 million global streams and counting, “Sweet but Psycho,” which earned Max her first-ever Teen Choice Awards nomination for “Choice Pop Song,” is joined by an equally popular companion video which has garnered nearly 400 million views – watch HERE. Dubbed the “Princess of Pop” by V Magazine and “Artist You Need to Know” by Rolling Stone, Ava has been feted with a wide range of media attention, including features in Vanity Fair, Billboard, FORBES, PAPER, and more. Earlier this year, the rising pop artist made her national TV debut with performances of “Sweet but Psycho” on The Late Late Show with James Corden, The TODAY Show, and The Ellen DeGeneres Show. Most recently, Ava performed her irresistible empowerment anthem “So Am I” on Jimmy Kimmel Live! And shared a double dose of new tracks, “Freaking Me Out” and “Blood, Sweat & Tears” which garnered instant praise from Rolling Stone, TIME Magazine, Billboard and more.