THE YOUNG STAR’S MOST PERSONAL SONG YET, PRODUCED BY MIKE DEAN

DEBUT ALBUM SKYVIEW DUE THIS YEAR 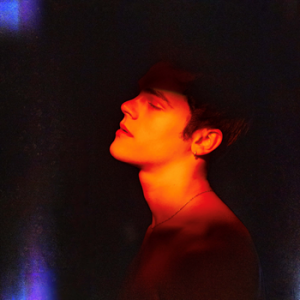 Produced by the legendary Mike Dean [Travis Scott, Kanye West], the track hinges on stark piano as the vocals immediately draw the spotlight. Uplifted by soft strings, his show-stopping voice alternates between intimate verses and a seismic refrain with sweeping cinematic scope. It illustrates his evolution as a songwriter, vocalist, and artist, bringing new power to the forefront of his sound.

The song, AJ explains, is about the beginning of his career when he first arrived in Los Angeles to chase his dreams, and a toxic situation he found himself in while a member of the content collective Team 10.  “Once the cameras turned on, the dynamic changed. Everyone was all of a sudden like, ‘Oh, I love you’. When the cameras shut off, nobody talked to one another. Everybody was staring at a phone. I was young, so it was weird for me to understand. The only thing that saved me was music. Once again, it took me away—just like it did back in my hometown of Belleville, IL.”

AJ begins the visual at the piano before we voyeuristically follow him on various analog televisions. Evoking a darker side of reality, it depicts the tension of his relationship and ensuing loneliness intercut with entrancing performance vignettes.  “CAMERAS ON” ignites his next chapter, paving the way for his full-length debut album, Skyview, due this year and executive produced by Mike Dean.

Recently, AJ joined forces with Cheat Codes for the collaborative bop “Hate You + Love You.” It has already racked up 5.1 million Spotify streams and counting. Wrapping up 2020, he also collaborated with names like Elle Henderson, Steve Aoki, Captain Cuts, and more.

Since emerging in 2018, AJ Mitchell has consistently asserted himself as pop’s most dynamic new leading man. Averaging over 7 million monthly listeners on Spotify, he impressively leaped past the 1-billion stream mark within three years. In addition to being named a Vevo LIFT artist and MTV Push artist, Variety championed him on its “Young Hollywood” 2020 list. Beyond acclaim from Billboard, Idolator, Highsnobiety, and Seventeen, he delivered show-stopping performances at the MTV VMAs and on The Today Show and Good Day New York. In 2019, his Slow Dance EP yielded the gold-selling title track “Slow Dance” [feat. Ava Max]. Including the latter, he has logged four songs on the Top 40 at Pop Radio thus far. Over the past year, he assembled his full-length debut Skyview with the legendary Mike Dean as Executive Producer. Now, the cameras are on, and AJ Mitchell is ready to shine in 2021.