“STOP” CONTINUES TO IGNITE MAJOR BUZZ FOR DEBUT ALBUM SKYVIEW, OUT THIS YEAR 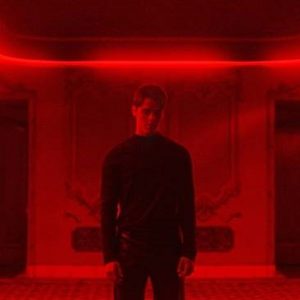 (April 9, 2021 – Los Angeles, CA) – Further building out an immersive sonic world, gold-certified pop phenom AJ Mitchell shares a new single entitled “STOP” today. Get it HERE via Vol 1./Epic Records and watch the official lyric video HERE. The song is the next chapter to be unveiled from his anxiously awaited full-length debut album, Skyview, due out this year and executive produced by Mike Dean.

The track pairs a thumping bass line and flurry of funk guitar with a showstopping vocal performance. He delivers charismatic verses before igniting the instantly unshakable hook, “I don’t wanna stop, baby it’s our time.”

“STOP” continues the journey that was set in “CAMERAS ON,” released late last Month. The conceptual lyric video shared today picks up where “CAMERAS ON” left off. While “CAMERAS ON” depicts the story of AJ dealing with the darker sides of fame and his previous experiences with the content collective Team 10, the new lyric video finds him walking away from the cameras to the stage, depicting his passion and dedication to the music and what truly matters.  Stay tuned for the official music video, set to premiere soon.

With all of the songs releases from Skyview thus far, we’ve seen AJ Mitchell truly coming into his own, showcasing his knack for great storytelling.

“When you listen to the album, I want you to feel nostalgic,” AJ says. “It really takes me home. At the same time, I want you to know more about who I am. Talking to the camera is unnatural for me. The best way for everybody to understand me is through my songs. I’m still just a kid who lives his life through music. There’s not a single day I don’t think about it or don’t want to run to my guitar, my piano, or my notepad and start writing.”

Since emerging in 2018, AJ Mitchell has consistently asserted himself as pop’s most dynamic new leading man. Averaging over 7 million monthly listeners on Spotify, he impressively leaped past the 1-billion stream mark within three years. In addition to being named a Vevo LIFT artist and MTV Push artist, Variety championed him on its “Young Hollywood” 2020 list. Beyond acclaim from Billboard, Idolator, Highsnobiety, and Seventeen, he delivered show-stopping performances at the MTV VMAs and on The Today Show and Good Day New York. In 2019, his Slow Dance EP yielded the gold-selling title track “Slow Dance” [feat. Ava Max]. Including the latter, he has logged four songs on the Top 40 at Pop Radio thus far. He’s also become a trusted collaborator, recently joining forces with Cheat Codes for “Hate You + Love You.” Throughout 2020 he also collaborated with names like Elle Henderson, Steve Aoki, Captain Cuts, and more. Over the past year, he assembled his full-length debut Skyview with the legendary Mike Dean as Executive Producer. Now, the cameras are on, and AJ Mitchell is ready to shine in 2021.