PEOPLE MAGAZINE PREMIERES BEHIND-THE-SCENES FOOTAGE OF THE MAKING OF BOTH VIDEOS, VIEW HERE 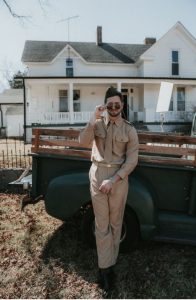 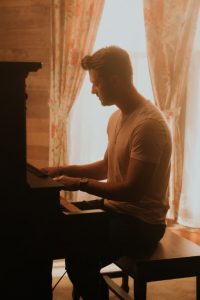 TORONTO,ON. – Arista Nashville singer-songwriter Adam Doleac has released music videos for his songs “Whiskey’s Fine” and “Another,” as a two-part story directed by Alex Alvga and produced by Alvga and Christen Pinkston (Demasiado). Watch both videos HERE.

Doleac stars in the “Whiskey’s Fine” music video, where “[he] completely re-imagines the song as a mini-film capturing the love story between a couple during WWII” (Billboard). The couple is forced to battle wartime trials as they’re starting their life together. The narrative continues with “Another,” as the couple grows old together in a heartwarming video that matches the “simple but poignant imagery” (NY Country Swag) of the song.

“To me, a video is a new way for a fan to hear a song. I never want it to be exactly what you think it would be,” said Doleac. “When I decided to turn it from just one video to two videos, and include both ‘Another’ and ‘Whiskey’s Fine,’ that’s when I really got to let my imagination run. I think the videos tell the story of these two songs better than I ever could, and give them both a new life. I can’t wait for everyone to see them together.” 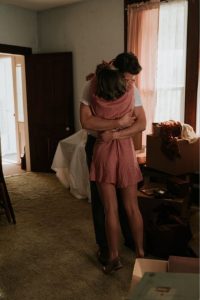 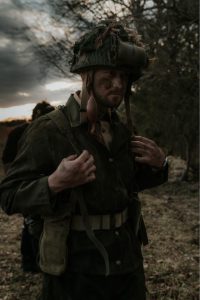 “Whiskey’s Fine” has received significant praise from critics, with Rolling Stone deeming it “a welcome top-shelf addition…as both a love song and a drinking song, it’s cask strength” and Billboard calling it “an almost anthemic piece with multigenre influence and multigenerational appeal.”

“Another” is currently Top 15 on SiriusXM’s The Highway and amassing over 1 million on-demand streams a week.

Hattiesburg, Mississippi native Adam Doleac released his Famous EP on April 17, 2020, which has amassed over 110 million on-demand streams to date. The project chronicles Doleac’s time in Nashville and rise to success, featuring the title-track, SiriusXM The Highway’s Top Five “Whiskey’s Fine,” autobiographical favorite “Mom and Daddy’s Money,” new song “I Choose Lonely,” among other “classics-in-the-making” (Hollywood Life). The Rolling Stone Country “Artist to Watch” became impassioned with music in college, after receiving a scholarship to the University of Southern Mississippi where he not only played baseball, but wrote songs with his teammates and learned to play guitar. After he began playing hometown gigs, Doleac posted a performance of one of his songs on YouTube. The visual accrued millions of views and caught the attention of Sony/ATV Music Publishing. A co-writer of songs recorded by stars such as Kane Brown, Gabby Barrett, Darius Rucker, and Hootie and the Blowfish, Doleac has staked his claim as one to watch in Nashville. Dubbed “the hero country needs” by Popdust , he has toured with Carrie Underwood, Chris Young and Kane Brown, among others. Doleac’s music has been described by Rolling Stone as “anchored not only in the trends of Top 40 radio, but also the blue-collar grit of Bob Seger and the bluesy influence of his Mississippi hometown.”