ADAM DOLEAC DROPS FEEL-GOOD TRACK, “MEET ME IN THE CITY”

ADAM DOLEAC DROPS FEEL-GOOD
TRACK, “MEET ME IN THE CITY” 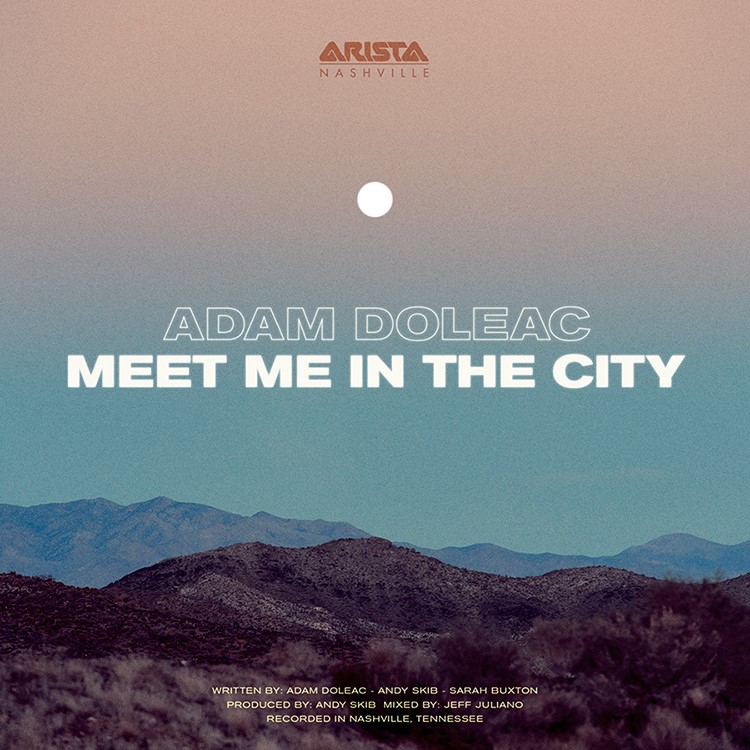 “‘Meet Me in the City’ is an adventure from start to finish, capturing the kind of spontaneity that only love can explain,” says Doleac. “It’s a windows down, sun-racing, night-chasing kind of feeling. It builds you up to something, but not without taking you with it every step of the way.”

Written by Doleac, Sarah Buxton, and Andy Skib, “Meet Me in the City” is his first taste of new music since releasing his Famous EP earlier this year, which has amassed nearly 100 million total on-demand streams to date. Named one of CMT’s “Listen Up” artists for this year, as well as a 2020 “Artist to Watch” by Amazon Music and The Boot, Doleac “brings a breath of fresh air to country music” with “clever lyrics, undeniable hooks, and classics-in-the-making” [Hollywood Life].

About Adam Doleac:
A Hattiesburg, Mississippi native, Doleac released his Famous EP on April 17. On the heels of the title track’s release to country radio nationwide, the project chronicles Doleac’s time in Nashville and rise to success, featuring his debut release and SiriusXM The Highway’s Top 5 “Whiskey’s Fine,” autobiographical favorite “Mom and Daddy’s Money,” and new song “I Choose Lonely.” The Rolling Stone Country “Artist to Watch” became impassioned with music in college. Doleac received a scholarship to the University of Southern Mississippi where he not only played baseball, but wrote songs with his teammates and learned to play guitar. After he began playing hometown gigs, Doleac posted a performance of one of his songs on YouTube. The visual accrued millions of views and caught the attention of Sony/ATV Music Publishing. A co-writer of songs recorded by stars such as Kane Brown, Gabby Barrett, Darius Rucker, and Hootie and the Blowfish, Doleac has staked his claim as one to watch in Nashville. Dubbed “the hero country needs” by Popdust, he has toured with Carrie Underwood, Chris Young and Kane Brown, among others. Doleac’s music has been described by Rolling Stone as “anchored not only in the trends of Top 40 radio, but also the blue-collar grit of Bob Seger and the bluesy influence of his Mississippi hometown.”