A$AP MOB ANNOUNCES AWGEST: THE MONTH OF THE MOB

COMING THROUGHOUT AUGUST VIA 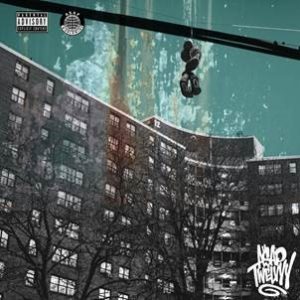 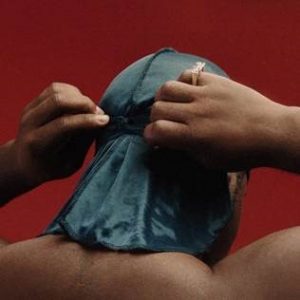 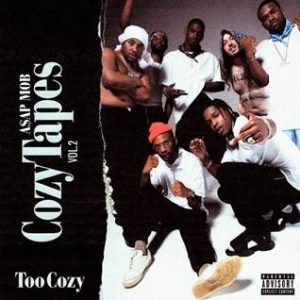 [Toronto, ON – August 1, 2017] A$AP Mob and AWGE, a creative agency founded by A$AP Rocky, continue their 2017 hot streak during the last month of summer with an August takeover, aptly titled AWGEST.  Throughout the month, the NYC rap collective will see the long-awaited debut release from A$AP Twelvyy, a new mega mixtape from A$AP Ferg and the much anticipated A$AP Mob follow-up to their 2016 release, Cozy Tapes Vol. 1: Friends –.

In advance of their massive fall US Too Cozy Tour, A$AP Mob will round out the month with the release of their new album, Cozy Tapes Vol. 2: Too Cozy (A$AP WORLDWIDE/Polo Grounds/RCA Records) on

August 25th.  The ode to one of fashion’s greatest, featuring A$AP Rocky, Playboi Carti, Quavo, Lil Uzi Vert and Frank Ocean, premiered “RAF” on Frank Ocean’s Beats 1 radio show in May and arrived to critical adoration across the board. “RAF” has now reached over 50 million combined audio streams and video views worldwide across all digital platforms. The video features Rocky, Carti and Quavo modeling both new and rare, limited edition pieces from the Raf Simons archives.

A$AP Mob will bring the madness to the masses this fall with a 19-city tour across the US, starting September 23rd in Lowell, MA and mobbing across the country until November 3rd in Broomfield, CO, with A$AP Ferg and Playboi Carti on select dates – see full list of dates below.  More information about the tour and tickets is available at www.asapmob.com.

Stay tuned for more AGWEST announcements throughout the month from A$AP Mob via www.asapmob.com.

PURCHASE TICKETS NOW FOR THE TOO COZY TOUR 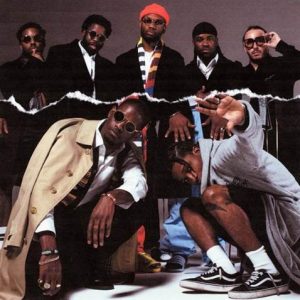 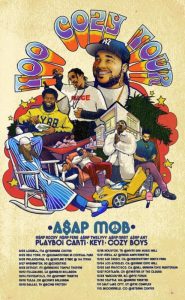