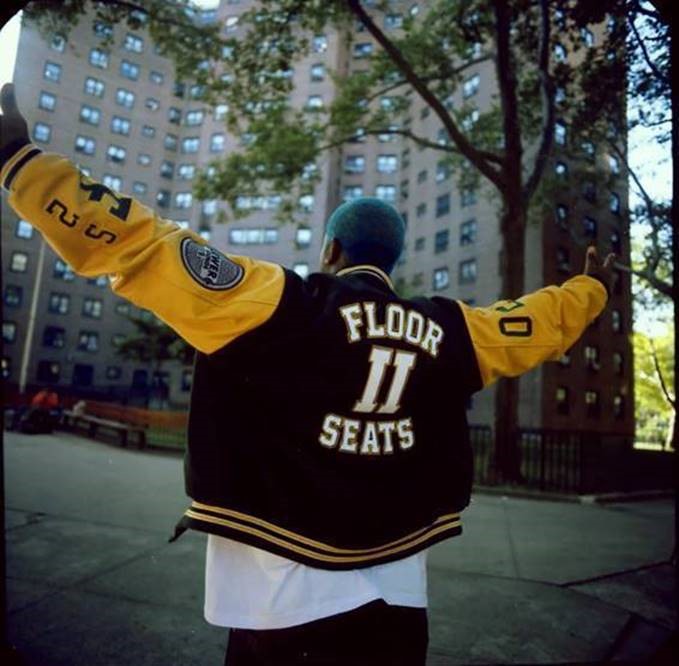 WATCH VIDEO FOR “DENNIS RODMAN” FT. TYGA WITH AN APPEARANCE BY THE WORM HIMSELF

Take your seat among the elite and hang courtside with A$AP Ferg’s Floor Seats II. The new project is out today on A$AP Worldwide/Polo Grounds/RCA Records and features all-stars in music and sports.  Today, Ferg celebrates the release with an absolutely bonkers video for his new single “Dennis Rodman” ft. Tyga, where the worm himself appears on the court to referee one of the hottest drops of the fall. Buy/ Stream Floor Seats II HERE. Watch the video for “Dennis Rodman” HERE. Ferg will also be performing “Dennis Rodman” for Jimmy Kimmel Live! on Friday, October 2nd on ABC (10:35PM CT/11:35PM ET).

The Floor Seats series is designed to put you courtside for Ferg’s life. The first installment, released in 2019, found the artist rapping about performing at Tiffany’s and ducking models who pursued him like the doo-wop star Frankie Lymon. The next chapter takes the basketball concept to a new level, with NBA stars, past and present, doing drops across the project. Jaylen Brown, Damian Lillard, and JaVale McGee are all in the mix, demonstrating the powerful relationship between basketball and hip-hop.

The rest of the guests include Diddy, Marilyn Manson, Tyga, Mulatto, Lil Wayne, Jay Gwuapo, Antha Pantha, Nicki Minaj, MadeinTYO, Fivio Foreign, and Aussie group ONEFOUR. Wayne’s ecstatic No Ceilings mixtape series inspired Ferg to turn Floor Seats into a franchise; as Ferg puts it, “To make history, you have to work with history.” And the project already has— “Move Ya Hips,” with Nicki Minaj and MadeinTYO, is Ferg’s highest charting single ever, having reached #19 on the Billboard Hot 100.

Floor Seats II also marks Ferg’s first collaboration with Diddy. On “Hectic,” the most urgent song on the project, Ferg raps about the pandemic over an anxiety-ridden, synth-driven beat (co-produced by Ferg) before it drops out entirely, clearing the way for Puff to sermonize and address the energy powering the most recent wave of Black Lives Matter protests. But Ferg is quick to point out that the two began work on “Hectic” months before the recent wave of protests. “Black Lives Matter is not a new thing,” he says. “That’s been happening for over 400 years. I grew up seeing police brutality, but as an artist I’d never spoken on it before.”

3 In It feat. Mulatto