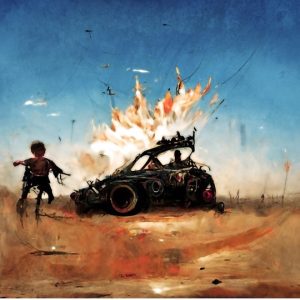 “full of boisterous youth and reckless abandon for the rules.” – ALTERNATIVE PRESS

“… the potential for 347aidan is immense. His music is a peek into adolescence, youthful rebellion, and his overall journey towards self-discovery.” – PIGEONS & PLANES

(August 12, 2022) 19-year-old recording artist and rising alt star 347aidan unveils his new single, “so what!” via 347RECORDS/Columbia Records today. Listen HERE. The song was written in London and produced by Stacy Sinclair, Benny Bellson, and Adam Henderson while on his first European headline tour and marks the start of his new era of releases.

347aidan states, “Me and my friends were in London on my first headline tour there. The band and I had a few off days and were in the studio to finish a cover of Joan Jett’s Bad Reputation. We wrapped that and were messing around when my guitarist Adam started the idea for ‘so what!’. It all just came together naturally from there. This song is a testament to making music with your friends and what can happen when you are just having fun with it”

2022 has already marked an impressive year for 347aidan, who completed a nationwide tour with Oliver Tree, a European headline tour, was nominated for two JUNO Awards including Fan Choice and Breakthrough Artist, and he was featured in Billboard’s 21 Under 21 list. Most recently, he collaborated with Tate McRae on “I’M SO GONE”(demo) which was shared exclusively on Chill Nation’s platform, and with rapper Sleepy Hallow on “Die Young” that landed on the Billboard Hot 100, marking 347aidan’s first time on the chart. He has already surpassed OVER ONE BILLION STREAMS across his catalog of released music in just the last few years.

Previously, 347aidan released the R.I.A.A certified gold song “DANCING IN MY ROOM” which has over 246 million worldwide streams to date with 55 million video views. The track was followed by “MEMORIES!” which has accumulated over 91M worldwide total streams, and most recently “HARMONY” in which the chilling, alternative track peaks into Aidan’s mind and focuses on his lost loved one.

Music entered 347aidan’s life early, mainly due to his love of snacks. “I started playing the piano when I was five,” the now 19-year-old says, “because my neighbor was insanely good at the piano. My sister took lessons from her and would come home with a freezie popsicle every night. I wanted free freezies too, so I joined.”

A year later, the young artist was diagnosed with ADHD, and unbeknownst to his family, he was being overmedicated. That led to a cycle of balancing meds, along with further diagnoses of bipolar disorder, depression, and anxiety. “I did a lot of research on it all when I was really really young,” he expresses. “And to be honest, I absolutely loved the fact that my brain was different from other people. I felt like it made me different from everyone else.” He wanted to put that energy into music. Aidan began recording track after track in his bedroom, uploading them to Soundcloud. As his musical palate diversified—looking toward a variety of artists like AC/DC and Earl Sweatshirt for inspiration—so did his sound.

It’s become his superpower of sorts to galvanize his listeners, who can be anyone from cool kids with an internal struggle, to the misfits, and the outliers. They speak the same language. “I think that’s why I have probably the coolest fanbase ever,” he continues, “because these people feel like they really know me as a person, which, in all reality, they probably do. A lot better than I think they do.”

347 is his Angel number, a Divine representation of what he’s here to do through his music. “My mission is to change the world for the better. That’s it,” he says. “I just want to make the world a better place.” 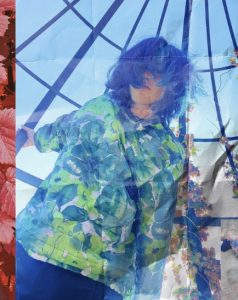