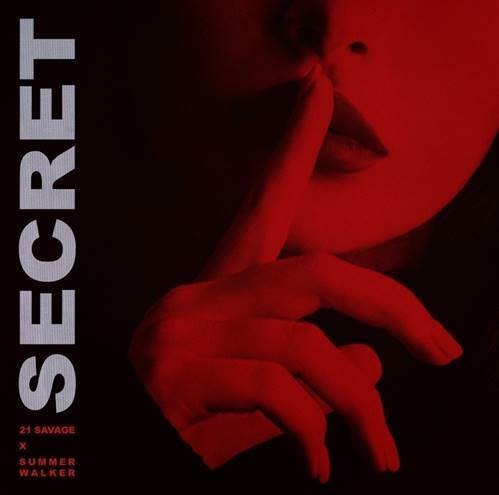 (April 17, 2020 — Los Angeles, CA) 21 Savage makes his official return to the solo scene with the release of his new single today, “Secret,” featuring superstar R&B songstress Summer Walker. The song, produced by Kid Hazel (“Since When,” “Out For the Night”), marks the Atlanta rapper’s first single since the Halloween-inspired “Immortal.”

Savage has been quiet as of late, keeping plans of follow-ups to his last solo album, I Am > I Was, and his career-breaking joint effort with Metro Boomin, Savage Mode, under wraps.

However, he’s continued his rise as one of hip hop’s burgeoning stars with appearances on tracks by Normani, Jhene Aiko and Lil Uzi Vert in recent months. “Immortal,” a late 2019 standalone single from Savage, enjoyed a peak of No. 55 on the Billboard Hot 100, while his anthem with Uzi, “Yessirski,” topped out at a much less modest No. 26 on the same chart.

Summer Walker’s inclusion on Savage’s new single aligns seamlessly with the rapper’s very public affinity for traditional R&B. Savage has developed a reputation for belting his favorite vintage R&B cuts during brief appearances on Instagram Story/Live, and the song sampled on “Secret,” Xscape’s classic “My Little Secret,” is right up the otherwise gnarly rapper’s alley.

It’s safe to say that 21 Savage has big plans for 2020 and beyond. Waiting to see where he takes things next? That’s the fun part.