21 SAVAGE UNLEASHES SECOND ALBUM i am > i was TODAY 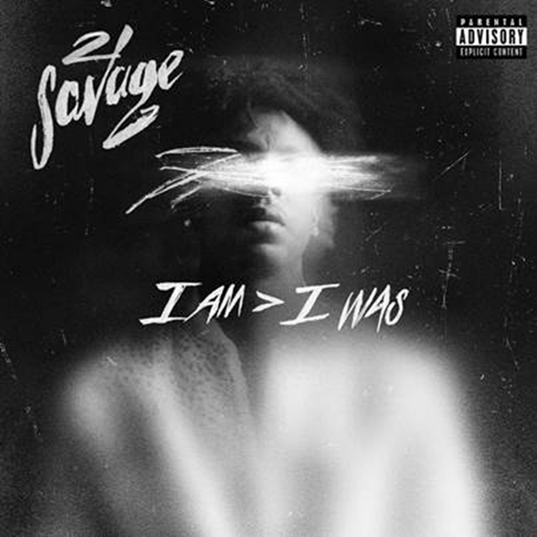 (Los Angeles, CA – December 21, 2018) Today, GRAMMY® Award-nominated multiplatinum-certified rapper, artist, and visionary 21 Savage releases one of the most anticipated hip-hop albums of 2018 and his second full-length, i am > i was [Slaughter Gang/Epic Records].

Upon going live, the record staked out a spot at #2 of iTunes Overall Top Albums Chart and the Top Hip-Hop/Rap Albums Chart in Canada. It’s on track to be his second consecutive Top 10 debut on the Billboard Top 200 as well.

i am > i was represents the dawn of a new era for the Atlanta trailblazer. These tracks see him evolve as lyricist and storyteller, while retaining the sheer sonic power and ironclad songcraft that initially cemented him as a juggernaut. It’s raw. It’s real. It’s 21 Savage.

He’s bound to set the game ablaze with this one…

Additionally, he added another dimension to the groundbreaking rollout for i am > i was by opening the interactive art exhibit Motel 21 in his native Atlanta this past Monday. Each of its rooms reflected a theme on the new record. These installations, performances, and activities directly related to the growing legend surrounding 21 Savage, bringing attendees closer than ever.

In addition, Motel 21 was curated by Executive Producer and Chief Creative Strategist Antwanette McLaughlin of The Spice Group and Creative Director/Set Designer Skye Williams of Set by Skye. Giving back, the artist’s Lead By Example Foundation also partnered with Get Schooled and Juma, a nonprofit organization specializing in financial literacy, to host 21 kids on a private tour. At the end, these young guests received a $1K Amazon gift card. Additionally, he unveiled a new collection of high-quality branded apparel and accessories for i am > i was on the 21 Savage official online shop. For more details, visit HERE.

With all eyes on the future, 21 Savage has been things in store for the new year. At the 2019 GRAMMY® Awards February 10, he’s nominated for his first two honors in top categories such as “Record of the Year” and “Best Rap/Sung Performance” for his feature on the definitive smash “rockstar” alongside Post Malone.

Now, i am > i was has arrived, and 21 Savage tenaciously carves out his place amongst rap’s elite.

With an unapologetic flow, bulletproof bars, and deadly hooks, 21 Savage left an indelible mark on hip-hop as a true original. His full-length debut, Issa Album, clinched #2 behind Jay-Z’s 4:44 on the US Billboard Top 200, earned a gold certification and garnered widespread acclaim from Pitchfork, XXL, and more. At the same time, it produced a string of definitive hits for 2017, including the 4x Platinum “Bank Account.” Within months of its release, he returned to the top of the charts on the collaborative epic, Without Warning, alongside Offset and Metro Boomin. It landed at #4 on the US Billboard Top 200 and yielded the Platinum “Ghostface Killers” [feat. Travis Scott]. Simultaneously, he featured on the year’s biggest hit, Post Malone’s 9x platinum “rockstar” and joined his collaborator for a sold out summer tour. Showing a greater 21 Savage, i am > i was, brings us closer and takes it to the next level all around.

i am > i was TRACKLISTING