21 Savage Executive Produced Soundtrack ‘Spiral: From The Book of Saw Soundtrack’ Out Now

Spiral: From The Book of Saw Soundtrack 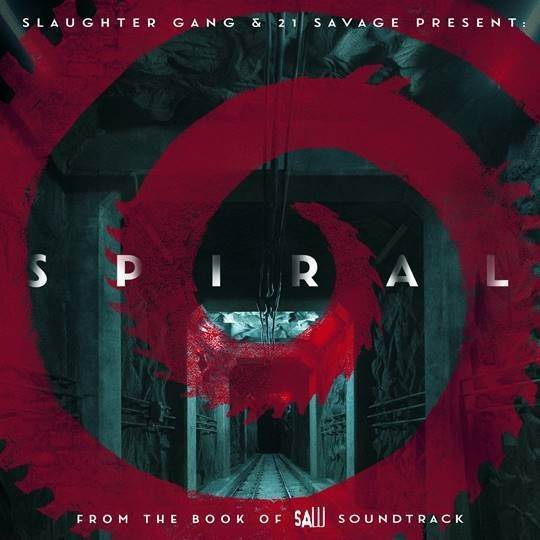 Unlike typical artist and film score/soundtrack collaborations, 21 Savage’s meticulous approach to crafting the soundscape for this movie makes his involvement quite unique. He based all his musical and producer decisions around specific triggers from the film, which he spent significant time with prior to its release; combing through the score as a library of samples to be shaped into the music for the soundtrack, which makes this a truly authentic collaboration.  “When I make albums, the visuals come after the music is done. But on this movie, the visuals come first,” says the Grammy winner. “It was different, making something based on a visual, trying to bring the visuals to life in music.”

For the ‘Saw’ franchise, known historically for its sound design, it was imperative that the architect of the Spiral soundtrack understood the nuanced importance of attention to detail when it comes to its official soundtracks. 21 Savage delivered.

Highlighted by the star-studded collaboration “Emergency,” which features Savage, Gunna and Young Thug, the EP-length set provides chilling, quick-paced and threatening anthems to accompany the energy of the Spiral movie, which releases theatrically today. Savage bats leadoff with the movie’s theme song, “Spiral,” for which there is already a music video clocking in at over two million views in just two weeks.

Closing out the set is the aforementioned “Emergency,” which is as urgent as its title suggests. Over a swift beat from Savage and Gunna collaborators Turbo and Taurus, the three stars (Savage, Gunna, Thug) immediately mesh and deliver the brilliance fans have come to expect from the trio both collectively and individually.

Savage’s impressive partnership with Spiral will also include his collaboration with big ‘Saw’ fan Nicky Diamonds and his renowned Diamond Supply Co. streetwear brand. Conceptualized merch has always been at the forefront of anything involving 21 Savage, and Spiral is no different.

Since debuting at no. 1 on the Billboard 200 with Savage Mode 2, Slaughtergang head honcho 21 Savage shows no signs of giving up his momentum. Hip hop, and today Hollywood, are better off for it.

SPIRAL: From the Book of Saw opens nationwide on May 14. The film stars Chris Rock, Max Minghella, Marisol Nichols, and Samuel L. Jackson, and is produced by the original SAW team of Mark Burg and Oren Koules. The film is directed by Darren Lynn Bousman and written by Josh Stolberg & Pete Goldfinger.