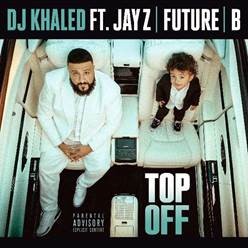 Upon going live, it immediately trended worldwide and ascended to the top on iTunes Overall Top Songs Chart and Top Hip-Hop/Rap Songs Chart.

For “Top Off,” he assembled the most powerhouse team possibly imaginable. JAY Z, Future and B amplify the energy as Khaled brings the excitement to the next level like only he can. 2018 officially has its anthem. Summer starts now!

To say the least, it’s “another one”…

Last night, Khaled personally revealed the album title, single title and artwork on his socials alongside a “Top Off” teaser trailer. In the U.S., radio immediately jumped on board as the song premieres worldwide every hour on the hour at 6am ET across 110 radio stations, spanning Top 40, Rhythm, and Urban today March 2.

“Top Off” is just the beginning though. Khaled and his son and executive producer Asahd Tuck Khaled are putting the finishing touches on his eleventh full-length album, Father Of Asahd—due out soon. With these two forces at the helm, expect a new level greatness again. 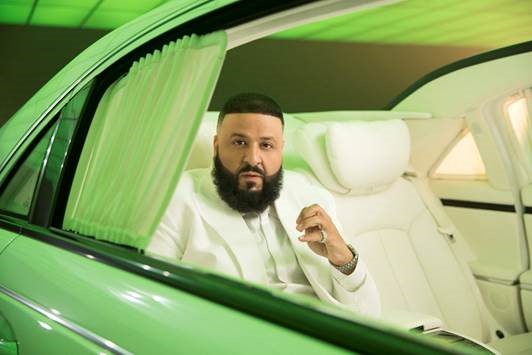 A trendsetting force, musical visionary, and icon of unparalleled influence, DJ Khaled sets the pace for the culture. To date, he has sold 18 million singles. In the U.S., his last two albums—the gold-certified Major Key [2016] and platinum-certified Grateful [2017]—each bowed at #1 on the Billboard Top 200 and yielded an unmatched string of number one hits, including the quintuple-platinum “I’m The One” [feat. Justin Bieber, Quavo, Chance the Rapper, & Lil Wayne], triple-platinum “Wild Thoughts” [feat. Rihanna & Bryson Tiller], double-platinum “For Free” [feat. Drake], and more. Similarly, in Canada, Major Key is also gold-certified along with a platinum certification for Grateful whereas lead singles “I’m The One” marks a quintuple-platinum certification, “Wild Thoughts” is triple-platinum certified, and “For Free” has achieved a double-platinum certification. 2018 saw him assume the role of a judge on Fox’s top-rated smash The Four in addition to co-headlining a blockbuster spring tour with Demi Lovato. With everything he does, he changes and elevates the game and determines the path for all to follow. That continues now.