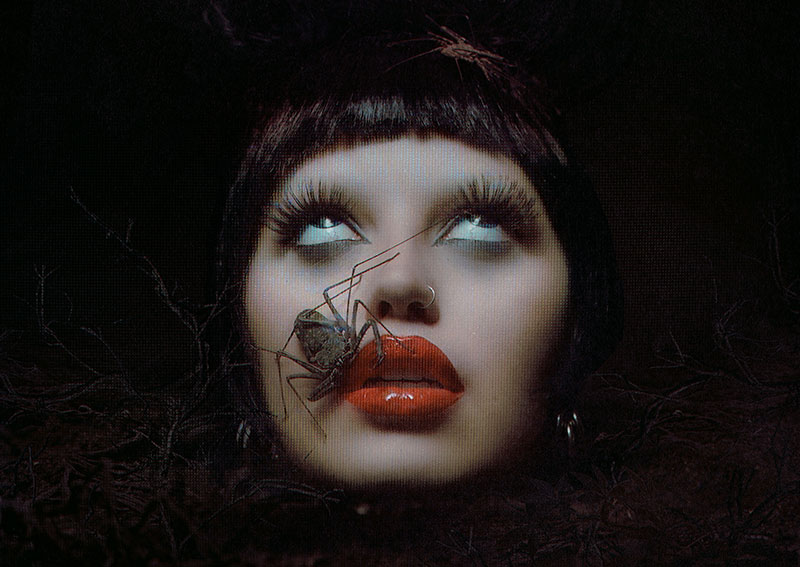 “I Could Die” is the first single back after a break that coincided with the Covid pandemic and some intense personal reflection. Says laye “the song is initially about feeling pretty low and tired to the point of nearly wanting to give up, but then it’s contrasted with the internal battle and urge to keep pushing forward. It’s important to feel everything even when that can sometimes be a dark place, as opposed to feeling nothing at all. There’s still hope when you’re able to feel. Mental health has been such a big component of my life, and feeling like I’m on the edge has been a really constant companion. This was the ultimate inspiration for the song. So from that, the song became more playful even though the lyrics started off a bit dark. I love that juxtaposition of dark and light.”

For laye, one of the gifts of her new music is giving listeners the opportunity to feel something and know that “someone else is in that headspace and you aren’t alone. It doesn’t make anything easier, but giving listeners a sad song, lyrically, with something playful to hold onto makes feeling your way through those sad emotions more palatable. It’s like a bitter pill with a bit of sugar.”  She says, “it’s so exciting to get back out there with a song that feels so me.”

On her second track “Forbidden Love,”  laye joins forces with COTIS, who co-wrote and performed the track with her. Produced by jay vee, the track is an effervescent pop jam releasing just in time for summer. Celebrating the singular pleasure of fleeting young love – with a delicious hint of the forbidden – laye and COTIS trade verses and duet on the chorus, perfectly showcasing her rich vocal tones and uncanny ability to write a hook. The perfect soundtrack to long summer nights, “Forbidden Love” captures that slightly dangerous feeling of falling madly in love.

Together, “I Could Die” and “Forbidden Love” showcase laye’s talent for creating atmospheric pop music, never compromising on her vision or a solid hook. For laye, making pop music is a big umbrella full of creative potential and opportunity. “I think people are really redefining what it means to be a pop artist today. When you hear ‘pop’ I think your mind goes to one specific type of song, but ‘pop’ is almost always a mix of genres, and it’s up to you to choose what you want to do with it,” she says.

As a singer and songwriter, laye is coming into her own and exploring the next chapter of her evolution as an artist. With over 11  million global streams for lonesome, and features in FASHION and Paper magazines, laye is one of our most exciting young pop artists, pursuing a vision all her own while creating beautiful, dystopian pop gems.