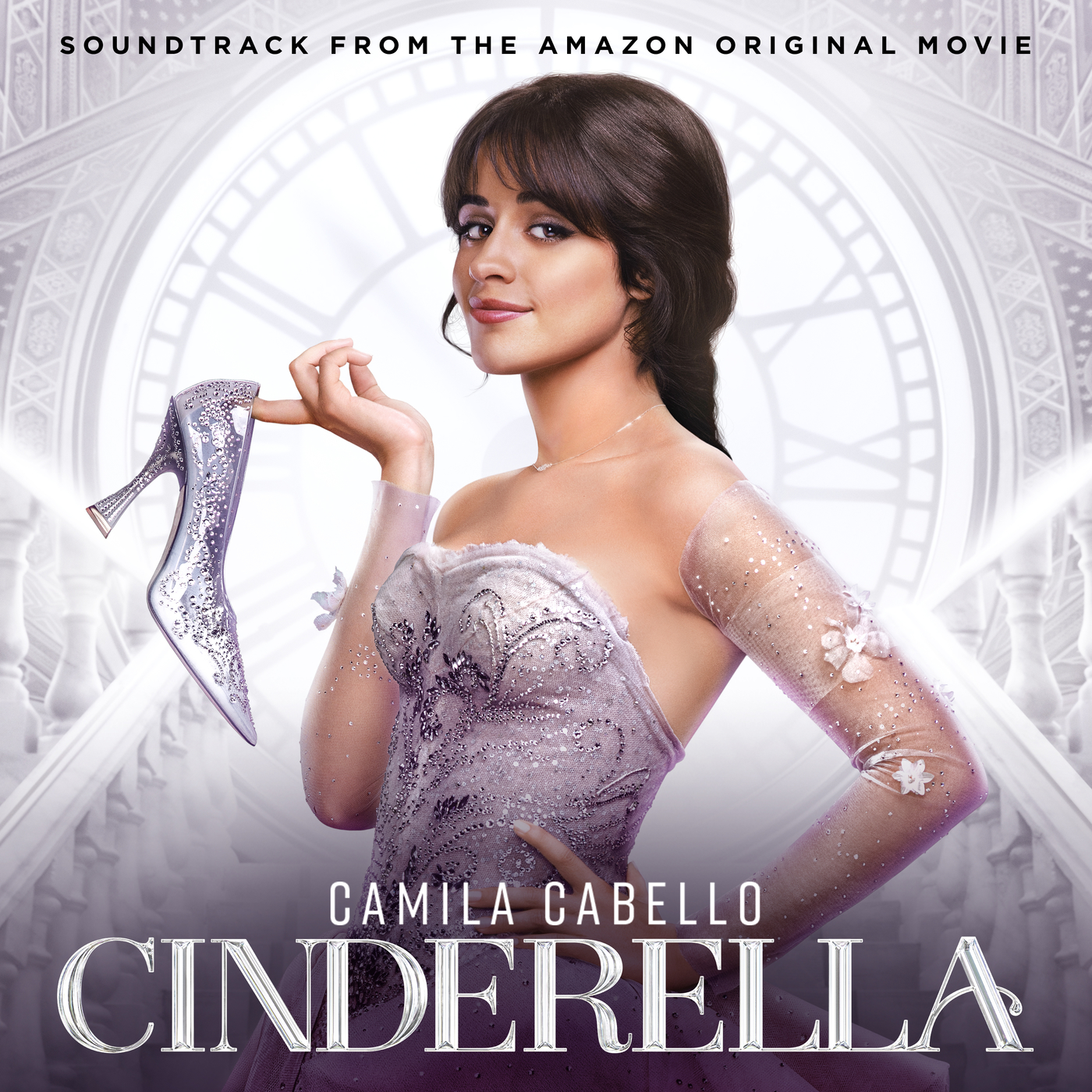 The Soundtrack consists of 14 tracks including original songs by GRAMMY® Award nominated singer/songwriter Camila Cabello as well as co-star and Tony® Award winner Idina Menzel. Check out the full tracklisting below.

Earlier this week, Cabello’s “Million To One” arrived as a precursor to the Soundtrack. On this cinematic and hopeful anthem, her voice glides over acoustic guitar as she declares, “You’re gonna know my name.” Watch the accompanying video HERE.

Among many other highlights, she joins Menzel, Maddie Baillo, Charlotte Spencer, and Cast on “Rhythm Nation / You Gotta Be” and duets with Nicholas Galitzine on “Perfect” and “Million To One / Could Have Been Me.” The dynamic musical companion to Cinderella spans everything from hip-hop on “The New Barry” performed by Ben Bailey Smith to the original track, “Dream Girl,” co-written by Menzel and Laura Veltz. “Dream Girl” is a female empowerment anthem about the societal pressure women face, expressing those frustrations, and everything one would say to themselves or someone who is trying to kick them while they’re down.

Fall into the magic of Cinderella’s music now!

About Camila Cabello
Multi Grammy nominated Cuban born singer/songwriter Camila Cabello (Epic Records / SYCO) released her debut solo album, CAMILA in January 2018 to rave reviews. It debuted at #1 on the US Billboard 200 chart at the same time as her single “Havana” hit #1 on the Canada Top 40, Hot AC and AC chart and also reached #1 on the Billboard Hot 100 chart, making Camila the first solo artist in nearly 15 years to reach the #1 spot on the US Hot 100, Billboard 200 and Artist 100 charts in the same week. Camila also became the #1 artist on global Spotify. She took home awards for Artist of the Year and Video of the Year for her hit “Havana” at the 2018 Video Music Awards. At the end of 2018, Camila was nominated for two Grammys for the 61st Annual Grammy Awards including “Best Pop Vocal Album” for her double-platinum album, CAMILA, and “Best Pop Solo Performance” for “Havana” (Live). Beginning her official solo career after four years in Fifth Harmony, Camila released her diamond-certified smash hit “Havana” in August 2017 where it obtained the #1 spot on the pop radio chart in the US and #1 on the Canada Top 40, Hot AC and AC chart, marking her second top 40 #1 as a solo artist. “Havana” became the most streamed song of all time by a female artist and was the number one song of 2018 globally. Her quadruple-platinum single “Never Be The Same,” was released in January 2018 and peaked in the top 10 of the Canadian Nielsen SoundScan Digital Songs chart as well as the Billboard Hot 100 chart in the US. Camila became the first artist in history to have two multi-format number one singles as the first two singles from their debut album.  Camila had previously earned a chart-topping smash with her double platinum-certified hit “Bad Things” with MGK which generated over 400 million on-demand streams. Camila released the global smash single “Señorita,” with Shawn Mendes in June 2019, it debuted at #1 on iTunes worldwide and broke Spotify’s record for the biggest debut from a male/female duet in its history. “Señorita” was the most streamed song of any song released globally on Spotify in 2019 and was nominated in the category of “Best Pop Duo/Group Performance” for the 62nd Annual Grammy Awards. In December 2019, Camila released her sophomore studio album, ROMANCE, which is certified platinum. At the 62nd Grammy Awards, Camila gave a stunning performance of her track, “First Man,” where she sang directly to her father in the crowd. Camila is the first female artist since Adele to triple up atop Billboard’s Hot 100, Billboard 200 & Artist 100 charts. Maintaining her momentum, “My Oh My” peaked at #3 at Canada Top 40 and reached #1 at US Pop Radio and in 2020, becoming her 5th total US number one as a solo artist following the success of “Señorita” the prior year. Camila is also an ambassador for Save the Children. She is set to make her acting debut starring in CINDERELLA, to be released on September 3, 2021. The film will be directed by Kay Cannon and produced by James Corden and Leo Pearlman.

In 2020, Camila, along with Movement Voter Fund, launched the Healing Justice Project, which provides direct grant funding for culturally relevant mental health and wellness resources to youth activists and grassroots organizations working at the intersection of racial and economic justice, electoral organizing and other movements that work towards bettering and moving this country forward.